The official Wild Rift is open for testing, players can participate 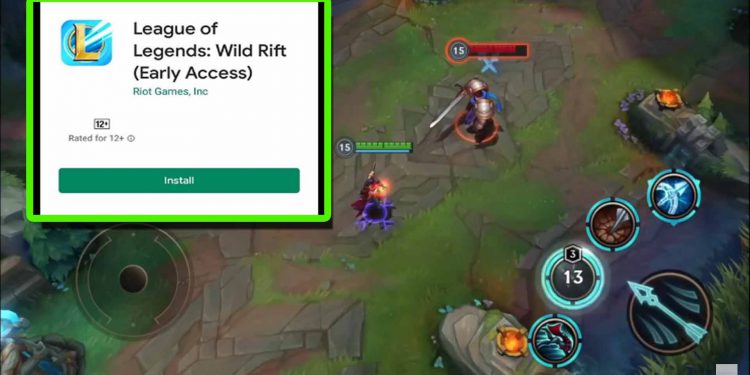 The official Wild Rift is open for testing, – League of Legends: Wild Rift is always a hot topic discussed in the community, this game is the perfect successor of League of Legends from the champions, skill sets to the interface … and it was Riot Games expect to become a game that can compete with today’s hot titles like King of Glory, Arena of Valor or Mobile Legends: Bang Bang

The official Wild Rift is open for testing

However, until now … all the information we know is that the game is postponed broadly testing time as well as its release time will be delayed due to the impact of the translation. COVID-19. In addition, Riot Games has also said that they do not see this game as perfect and is continuing to make many changes to this game.

As expected, this game will be released by Riot Games in late 2020 and it seems … the time we wait for the most passionate product of Riot Games this time is coming soon.

Most recently, our team gathered some important information from Riot Games … that they have started the Wild Rift process, and players in certain areas are allowed to join

You can register for a Test here

According to players feedback in some groups: there have been gamers who are in the process of trying to download this game to their devices, whether the download has been successful or not has not been confirmed take.

This could be one of the great moves of League of Legends: Wild Rift in the near future. Who knows, this game will be released sooner than expected, or true to the time gamers expect in December 2020. This is still completely unpredictable, it all depends on the decision and progress of Riot Games’ product completion.

Earlier, a roadmap for releasing and updating products of Riot Games was suddenly leaked on social networks. It is not known exactly how this route is, but many gamers still have their hopes on LoL: Wild Rift was released in 2020. And if it is true of what this roadmap shows, it is still possible. , League of Legends: Wild Rift will be released by Riot in 2020.

The end of 2020 also fits perfectly with the previously leaked information and coincides with the “appointment” that the League of Legends developer Riot has released in the recent video. Comparison with the above data shows that everything is coincidental, so many gamers still believe in League of Legends: Wild Rift still has the ability to release in 2020, even if very little.

This all depends on the decision of Riot Games, hopefully, LoL: Wild Rift will also have a sudden launch, bringing excitement to gamers around the world in 2020.

However, according to some comments … although it was open to allow players to download, it is not clear whether this is an error or if Riot Games accidentally published to the player …