After 2 months, the revenue of Wild Rift reaches over 10 million dollars 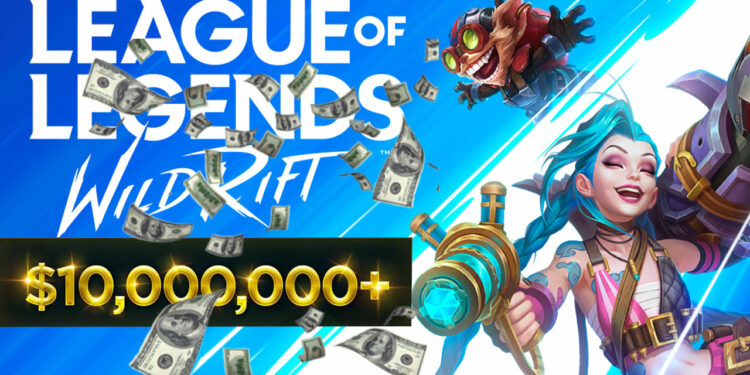 After 2 months, the revenue of Wild Rift reaches over 10 million dollars

With an insane revenue, Wild Rift is proving that it is one of the best MOBA games on mobile phones.

Having been introduced in the Anniversary 10 years of League of Legends Event, Wild Rift is now a worldwide phenomenon. And not to disappoint players, WR showed its advantage in both gameplay and graphic. As a result, people are playing WR with huge excitement all over the world.

Moreover, according to statistics from SensorTower, League of Legends: Wild Rift has reached an incredible download of 12.5 million since the first release. Wild Rift also stands on the Top sale in the market of Vietnam, Indonesia, Japan, Turkey, and Russia.

The revenue of Wild Rift now is approximately $10 millions. These figures showed that WR is growing extremely fast, dominating other games in this genre. Moreover, it also brings a huge profit to Riot Games. We should remember that there are only 50 Champions in Wild Rift, in compare to 153 Champions in League of Legends. Potential of Wild Rift is really big, and it can grow more in the future, this is only the beginning.

Maybe, in the near future, Riot will release new features while fixing the old ones, and there would be an Official Tournament for Wild Rift due to its popularity all over the world. It is truly possible for Wild Rift to eliminate other MOBA games on Mobile Phone from their thrones.