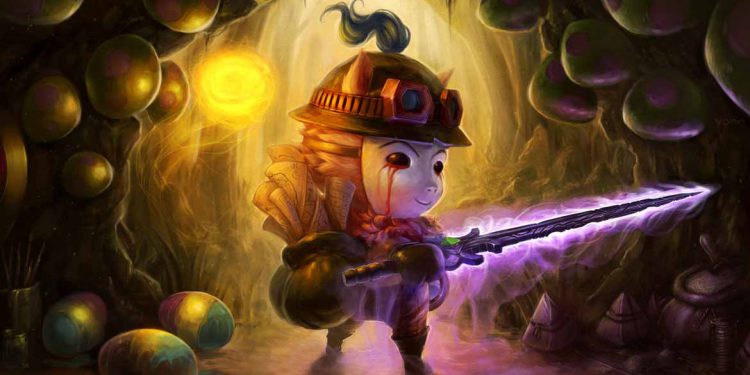 The sad love story behind Teemo of gamers makes many people feel pity – Behind the unique picture of League of Legends account reaching over 6 million Mastery Points Teemo is the touching story of the love of a Vietnamese gamer.

Theq online community has been abruptly stirred by the story of a League of Legends account named LOng_An_pro that owns over 6 million Mastery Points Teemo.

Initially, the images of LOng_An_pro were just entertaining because not everyone had the patience and love of the Teemo champion that he could play in every match and reach 6.3 million points as fluently as this guy.

But then, some gamers began to realize the identity of this player, and the emotional story behind the 6 million points Teemo account also began to spread.

Not only that, LOng_An_pro also has a principle when playing Teemo, that also does not climb Rank, and will buy Guardian Angel in every match, except for the games where he loses too heavy and can not afford items.

Also according to the explanation of gamers who have known or played with this player, the Guardian Angel is also the item that his girlfriend loved when he was playing League of Legends, or maybe this is an equipment that carries. The meaning that this gamer’s girlfriend will live forever in his mind.

As for not climb rank, it is very simple, probably because this player does not want other players to be affected. Playing in Normal, most players will not put much emphasis on the results, so LOng_An_pro can also play Teemo in the style of Guardian Angel without causing too much influence.

Of course, this style is usually a nightmare for teammates, but if you are a gamer who has known his love story, then there is no reason. nothing to blame anymore.

Even so, according to Match History, the account LOng_An_pro also stopped working from March 2018. There is a lot of information that this gamer has given up on League of Legends, but there are also people who say that he moved on to play another account, when he was relieved of the pain of losing his lover.

Although the authenticity of this story is still a big question, it still makes many gamers touched, because few people doubt that the love that a League of Legends player for his girlfriend is so deep. Even many players confided: “I read indifferently how many stories ​​I read, but when it comes to this story, I cry.”