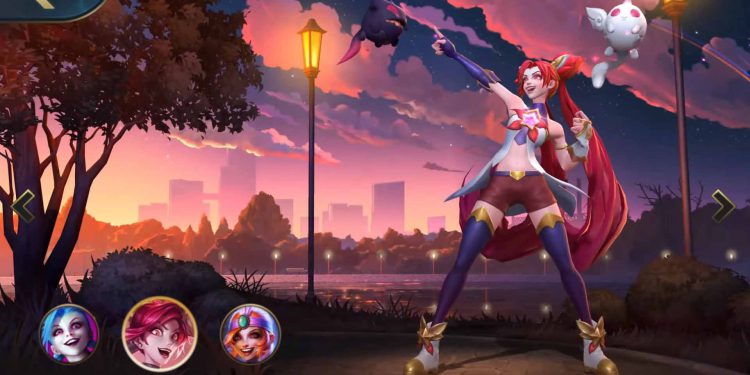 LoL Wild Rift has confirmed that it will inherit the quintessence of League of Legends, the new game of Riot that is expected.

Gameplay is similar to PC

The first thing to mention is that Wild Rift will retain almost all the original gameplay from League of Legends. You will still choose the hero according to the role, participating in the game. Farm kill or farm minions, build items and find a way to destroy Nexus to win.

Elements such as Elemental Dragon, jungle monsters, Khe Rift Herald will remain unchanged, however 2 turrets protecting the Nexus and the soldier’s tower will be removed to ensure that the game will take place in about 20 minute only.

The combat action in LoL: Wild Rift is also quite clear, intuitive, not as clunky as the PC version.

There are 4 original skill from the PC

Currently in the MOBA Mobile market (Arena of Valor, Mobile Legends, Arena of Glory), a champion with 3 skill squares surrounding a normal squares is very standard and very rare to have a hero with a few extra skills. (but not much).

However, Wild Rift will ensure the user experience comes from the PC version when using the skills of the generals, both shaping and skill set: Includes 1 passive, 4 skill (including the ultimate) and 2 addition spells.

Of course, some champions are still tweaked to better suit mobile games, such as Vayne’s W will be able to use, Ashe’s R can adjust flight direction, or Orianna’s E can be used navigate to shield yourself allies within range.

Being able to hold an intact champion will help gamers coming from PC to quickly get acquainted and join the fight with Wild Rift. Moreover, Riot Games does not have to worry about putting or retaining any skills, or finding ways to combine 2 different skills into the same to keep the  3 skill standard of MOBA Mobile.

Appearance remains of the original

Riot Games affirms to build LoL Wild Rift from the beginning (the whole game). Reworked character models, graphics, game systems and more – but still retain the core of League of Legends that players are so familiar with.

We can see this right away in the 3D animation section of the game’s homepage. General appearance is redesigned more beautiful, but looking at it immediately recognizes who is who.

From Nasus, Ezreal, to Ashe or Annie and Tibbers … every character moves smoothly, to the effect, harmonious lighting to bring the best experience for mobile.

Besides a small advantage makes more attractive rates LoL Wild Rift is that you can preview  champions or skins in every angle of the home screen rather than directly into the battle.

Riot Games want Wild Rift brings players to experience the most comfortable and feel that the game is really built for the new platform.