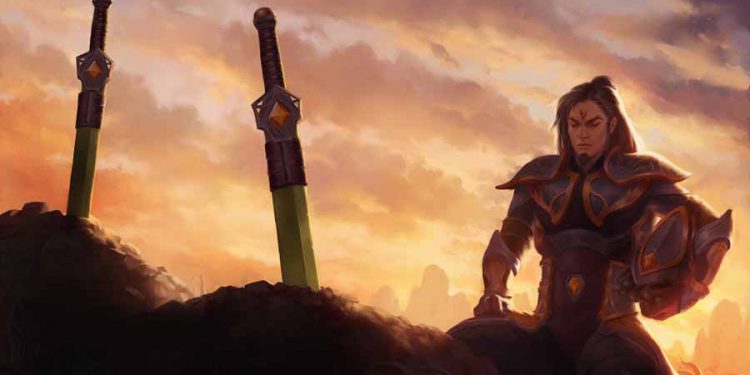 Keiji Fujiwara, a Japanese actor, has been fighting cancer for a long time. voice actor for Master Yi passed away

Keiji Fujiwara, the actor who voiced Master Yi on the Japanese server, passed away forever on April 12, passed away at the age of 55 – Japanese Riot Games confirmed the information on Twitter account on yesterday (April 16).

Fujiwara has been fighting cancer for an undisclosed period, according to the Air Agency, which represents the actor.

In addition to collaborating with Riot, Fujiwara also contributed voices for many other characters – including Ardyn in Final Fantasy XV, Reno of Final Fantasy VII Remake and anime series like Fullmetal Alchemist, Eureka 7 and Crayon Shin-chan.

Mr Fujiwara also voices Tony Stark in The Japanese version of The Avengers.

Mr Fujiwara took leave in August 2016 to attend treatment for an undisclosed illness. During this time, he was replaced in many projects including Crayon Shin-chan and Attack on Titan.

The deceased actor gradually adapted and returned to his daily routine nearly a year later.

In 2015, when Riot was about to launch the Japanese League of Legends server cluster, Fujiwara and many famous anime stars were recruited to voice the champions.

4 reasons why gamers should be fluent in many roles LoL

The family of Mr Fujiwara held a private funeral without the participation of outsiders and the media.

The voice actor for Master Yi passed away

Fujiwara founded his own talent management and production company, Air Agency, in 2006. He died from cancer in April 2020.

Even though he was born in Tokyo, he spent the majority of his childhood in Iwate Prefecture. In high school, he handled vocals in a band he formed with his friend Kotaro Furuichi, future guitarist of rock band The Collectors.

Around 18, he moved back to Tokyo on his own and joined the Bungakuza acting school. He spent the 1980s performing in several theater troupes while working odd jobs. Fujiwara was introduced to his first voice acting agency, Ken Production, in the early 1990s. The first TV anime in which he appeared as a regular was Yokoyama Mitsuteru Sangokushi, but his breakout role was Hiroshi Nohara in Crayon Shin-chan.

In November 2006, he left Ken Production and founded his own agency, Air Agency.[4] Aside from talent management, the company went on to release original drama and situation CDs through its child company Air Label, as well as produce live events. in 2010, Fujiwara made his own sound directorial debut in Kakkokawaii Sengen!

Fujiwara was a regular lecturer at the Japan Newart College since 2008.

In August 2016, Air Agency announced that he was going on hiatus in order to undergo medical treatment for a then-unspecified illness. He officially resumed work in June 2017. Fujiwara died of cancer on April 12, 2020.