These forgotten champion concepts will be reused by Riot Games in League of Legends: Wild Rift? 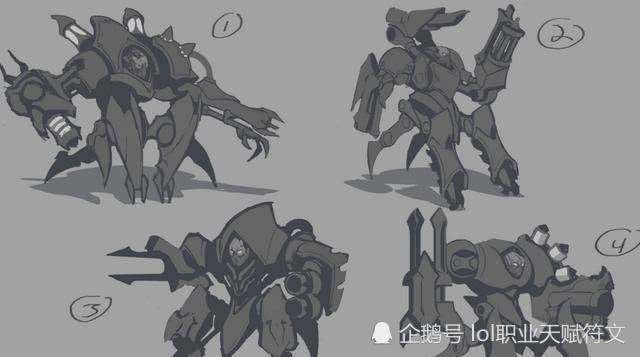 Champion concepts – There are champion designs that Riot Games removed right from the moment it was conceived in the League of Legends. But in the future, it is very likely that they will be used again in League of Legends: Wild Rift.

In League of Legends history, there have been many champion sketches or champion skins that were removed from for a variety of reasons. From objective to subjective, it may be due to Riot Games’ evaluation that does not suit the taste of the player, or the developer himself does not like the concept. This is also the reason why a lot of manuscripts are drawn but may never reach gamers.

Moreover, the final draft before it is officially approved is not necessarily the most beautiful sketch. Therefore, the number of these sketches will naturally be more than the champiob model and skin that LoL gamers are seeing now.

However, as mentioned, the current appearance and skin in League of Legends do not need to be the best model created, which is also the reason that Riot Games will re-use the best manuscripts to use in the future, but maybe it will apply to League of Legends: Wild Rift?

Many gamers have discovered that the manuscript designed to be quite nice and somehow not used by Riot Games in LoL. Therefore, to listen to the players’ thoughts, some sketches will be considered by Riot Games. On the one hand, developers do not need to spend too much time creating while the inventory has too many things to use, on the one hand because there are really excellent sketches.

Of course, in these drafts, there will be a model that is slightly different from the current general version. However, there are also true sketches that should not be applied in practice, like this model of this female Ninja.