Three types of League champions: Human, humanoid, and creature will be closely considered in the upcoming making process 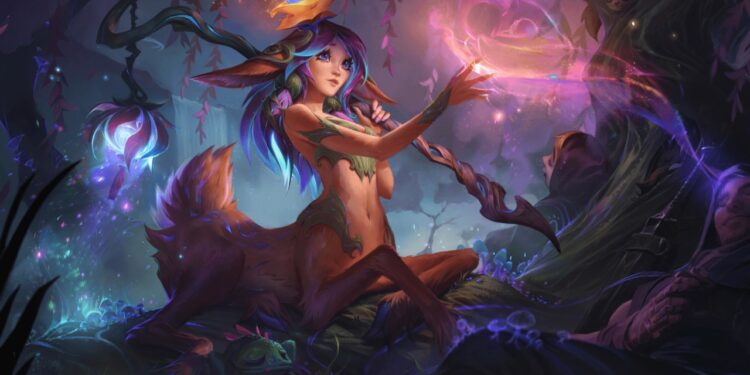 According to Reav3, the lead champion producer, a shift to less human champions “won’t really be seen until 2022.”

Following the introduction of the new AP fighter for top lane, Gwen to be the sixth human-like addition in a row that make some fans expect to see a variety in League champion thematic.

Ryan “Reav3” Mireles, Riot’s lead champion producer, addressed champion types today, commenting on a Reddit post that Riot is “shifting to do less straight humans” for 2022. This will give chances for making more humanoid champions (Renekton, Aatrox, and Lillia) and creatures (Yuumi).

“We are defining it now as Human, Humanoid, and Creature, and going to be more deliberate to make sure we are making champs in all 3, though we will still likely be doing mainly Human/Humanoid Champions with creatures thrown in,” Reav3 said.

Reav3 also mentioned that creatures have lower play rates than humans and humanoid counterparts. Although developers will continue to create creature champions, they will “generally make less” since its limited audience.

Lillia appears to be the only clear humanoid with a flawless melding of both human and creature features in the last ten League champions released. Champs like Viego, Samira, and Seraphine are among the others, with more human-like designs. Yuumi was presumably the last creature to be introduced to the Rift in May 2019.

Since champion timelines are too long, League players might not see the shift until next year. Reav3, on the other hand, says he’s working on a champion roadmap that will be released “sometime after Gwen goes live.”