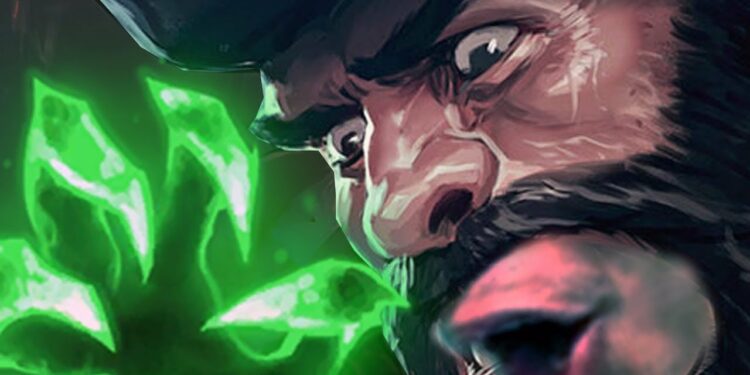 Based on the information provided by Riot Games, we may assume that patch 11.17 is a massive update to League of Legends. Aside from boosting or reducing the strength of the characters, up to four champions will have a mini-rework: Akshan, Amumu, Gangplank, and Lucian. These improvements promise to provide the previously mentioned champion additional gameplay and a means to build new item paths.

Tobias Fate said that Riot Games have nerfed Gangplank too heavy in the upcoming patch 11.17

However, for an “OTP” Gankplank as Tobias Fate, he is completely opposed to Riot’s move. The additional speed from the Trial by Fire was reduced from 30% to 15-30%, making his ability to exchange skills significantly weaker. Furthermore, Tobias Fate stated that the Q- Parrrley now counts as a long-range basic attack, which would make his core keystone, Grasp of the Undying much worse.

“If you’re a Gangplank player, you can see that the change of his passive is heavily nerf. Basically, you will lose half the movement speed at level 1 and this number will gradually increase to the same number as the current version, which is extremely bad. Next, his Q – Parrrley is a strike that will make Grasp of the Undying worse.”

Tobias Fate admits the Grasp of the Undying will be a lot worse on the “new” Gangplank but you still have to use it because there’s no better option.

Gangplank’s powerspike is mostly from his harassment in the early game from his Q and Grasp of the Undying. This combo helps the champion to deal damage at a safe distance and for him to scale better in the late game, as well as gain permanently bonus HP for the entire match. But when his Q has been modified to be a long ranged basic attack, the effectiveness reduces drastically, down to only 40% compared to the current Gangplank.

According to u.gg, Gangplank is currently at a very low win rate in every role, with his highest win rate in the top lane only stops at 47.48%. who would know if Gangplank’s win rate will even drop to below 45%. Only by the time when patch 11.17 arrives on the live servers.