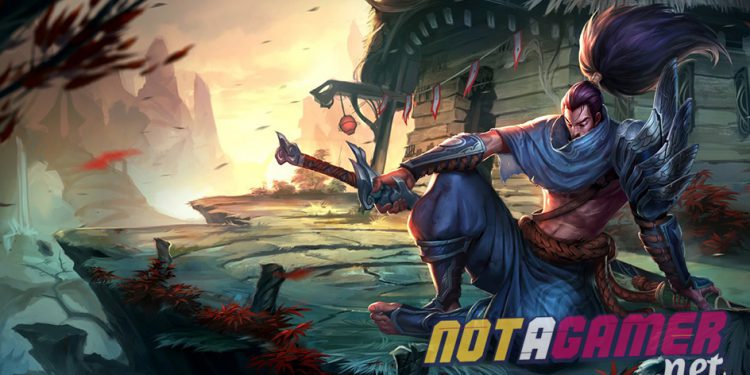 Continuing from the previous article, which can be read here, Viktor, Jayce, Zed, Talon and Ezreal were the five names we considered to be the best designed League of Legends characters. Now, we will continue to talk about the rest of the “most elaborated” roster with another five champions added to the list.

While the quality of the balancing team seems to go down over time despite two centuries of collective experience, the design of newer champions seem to compensate for that. Qiyana is a great example of how Riot’s art design team progress over time. Based on a typical promiscuous Latino female model mixed with her arrogance attitude, Qiyana has a distinct personality that is shared with only another female in the game, Akali.

Riot succeeded in creating Qiyana’s most distinct features: her shoulder length white hair with an emerald tiara on top, along with her Ohmtatl – a weapon that looks like a blend of a belly dancer’s hoop and a Chakram blade. With an aristocratic green garment, Qiyana marks her role as a member of a secluded jungle empire’s nobility. On the release of True Damage skin line, Qiyana was given a Prestige outfit designed by Louis Vuitton, which gained

Leaping out from bushes to terrorize marksmen players, Rengar has brought to the fanbase numerous oneshot compilations. His ferocious and predatory design also helps in making ADC players ban him in the champion select.

As the Predator of League of Legends to the Alien of the same game (Kha’Zix), Rengar gives the first impression of having a silvery white fur, a set of white dreadlocks for his hair with some armor plates and leather garbs  that matches a typical hunter’s set up. His notable feature is his artificial left eye which replaced the one slashed by his nemesis, Kha’Zix.
His savagery is highlighted in his weapons of choice: Knife and claw. Brutal and ruthless, this delivers the satisfaction to Rengar players when he jumps out of brushes or stealth to deliver his infamous oneshot shenanigan.

No more Autofill: Player found out a trick that helps you avoid Autofill in ranked games

One of the most recent Visual – Gameplay Updates (VGU) of the game, Kayle is officially the first champion in the game who has her visual changes three times in a single game once reaching level 6, 11 and 16 as part of her gameplay regardless of the skin used. This used to be a perk reserved only for Ultimate tier skins.

Being the latest incarnation of the Aspect of Justice, Kayle enters the fray with her large set of white feathered wings and boasting an aura of nobility – a perfect image of a battle angel. With two transformations at level 11 and level 16, Kayle gives her summoners a sense of satisfaction visually – along with the added fiery AOE effect on her basic attacks, emphasizing her angelic justice deliver theme.

Another modern VGU, Akali the Rogue Assassin proves to be among the top examples of Riot’s success in reimagining existing champions despite her new kit being overly tough to balance

Akali’s design is in a way more practical that other ninjas in her game; she has a satchel behind her back for her arsenal of deadly weapons in addition to those she already wields in her hands by default, skimpy clothes but not as revealing as her pre-rework look. Possessing a slim but toned and athletic body, Akali is a swift assassin who dashes around the battlefield, confusing her enemy with her trademark smokescreen. Besides her beauty and deadliness coming from her profession as an assassin, what players really love about the rework is the her signature cloud breathing dragon back tattoo. The tattoo runs all the way from her high back to her thighs – a characteristic resembling the practice of tattooing by the Yakuza in Japan. Coupled with her cold expression in her splash art, Riot has turned Akali from a stereotypical promiscuous kunoichi into a remorseless killer to be feared – fitting her theme as a Rogue Assassin.

With an edgy design based on ronin – a samurai without a master, Yasuo earned the popularity as well as his well known notoriety among League of Legends fans. Combining a typical anime swordmen look and some coolness factors such as steel shoulder plates and a long blade based on Japanese tachi, Yasuo is an omnipresent figure in every ban/pick stage of any League games.

A blademaster of Ionia, Yasuo is a wanderer after wrongly accused of murdering his master. With the typical handsomeness of fictional wanderers, Yasuo’s face is adorned with a horizontal scar, which is an evidence of his veterancy. His long and high ponytail, his long tachi and the bamboo flute featured in his dance emote further emphasize his homage to real life Japanese Bushido warriors.

The most popular jungler of all time, much like Yasuo, Lee Sin is infamous for the competence of his player base trying to imitate those highlight reels on Youtube only to fail spectacularly. Based on the late Bruce Lee and blind monks from Wuxia movies genre, Lee Sin fights wearing only a trouser, his top exposed revealing his muscular body and numerous exotic tattoo. His design accomplishes the purpose of creating a badass monk who goes into a brawl with nothing but the sheer agility and strength coming from his mighty kicks. This explains the ever tremendous pick rate of the champion despite the difficulty playing him.

Based on the late Bruce Lee and blind monks from Wuxia movies genre, Lee Sin fights wearing only a trouser, his top exposed revealing his muscular body and numerous exotic tattoo. His design accomplishes the purpose of creating a badass monk who goes into a brawl with nothing but the sheer agility and strength coming from his mighty kicks. This explains the ever tremendous pick rate of the champion despite the difficulty playing him.

That’s it for our top 10 most visually well designed champions. Please let us know your opinion in the comment section!