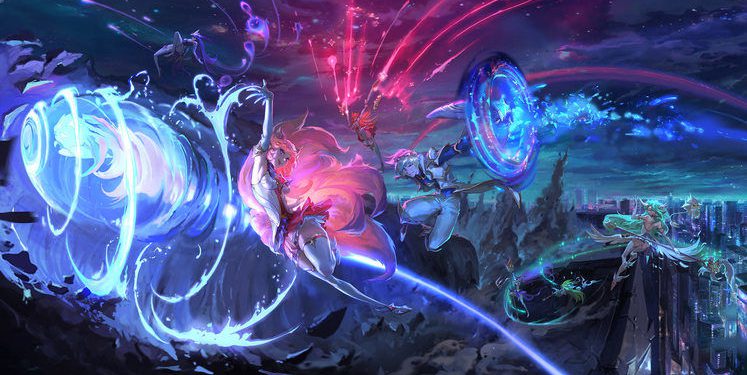 Teamfight Tactics  is not only a game of lucky and dignity that whoever is more fortunate will win but also depends a lot on your rational calculations and tactics.

This is also the reason why there are people who climb up to higher ranks in this mode like Diamonds or Challenges and you are still flat in Silver and Bronze, complain about the way Riot treat you badly.

To improve your “dignity”, to day we make a list of TOP 10 flaw of low rank players in the Teamfight Tactics shared and summarized from Challenger players.

6. Keep too many 3 gold champions in the beginning.

It is a huge mistake that hold 3 gold ones at very first rounds instead of selling for profit. Holding on a Sion to “have something more to active Shadow” is not as good as selling 1 more gold of profit. That little 1 gold round after round turn into 2 gold, gradually the value of 1 gold there is  can buy 3-4 Sion at the time of forcing the Shadow’s full team.

Upgrading to a 3 star champion is always a dream with every gamers in Teamfight Tactics and also to show off your dignity compared to other players.  However, putting too much money on 3-star generals instead of level up and then forever standing behind is very normal, too. Because of the fact that every level has limited  proportion for every tier of these champs, you will get a small change to get your dream before upgrading and fighting out there. Therefore the level up is superior, a team with 2 stars and more buffs will be better than a team with only one 3 stars and no money.

In the current meta, except for Predator’s team, there is no team that is worthy of a hyperroll, just level up to get more opportunities.

8. Try to force a team from the very first round

Many gamers who play in the style of a textbook always build in their own formation or play the game according to the champions gathered in the Market Round to try to force a team from the first round instead of playing the given ones who even have updated into 2 stars.  At the beginning of the game, the item hasn’t got it yet, whoever has more 2 stars wins, not everyone with more buffs wins.

9. Change the deck too quickly when the main one is only 1 star.

For example, if you are playing marksman and you are using 2-star Ezreal as your carry, you roll out a Twitch or Ashe and then sell Ezreal to assemble for those 2.  This does not help your team to strengthen but can lose easily, let sub the 1-star ones and make their debuts when they they reach 2.

Regardless of which team the player plays, there is still magic damage, many other ways because of the majority of magic damage is skills, so keep two Mystic in your hand and you would be stronger immediately. At the end of the game, remember to watch out the remaining opponents for how much kinds of Damage that they own and then turns into 4 mystic or adds wind.