League of Legends: Top 4 ADC Worth Playing in Patch 10.16, The Strongest name is an AP 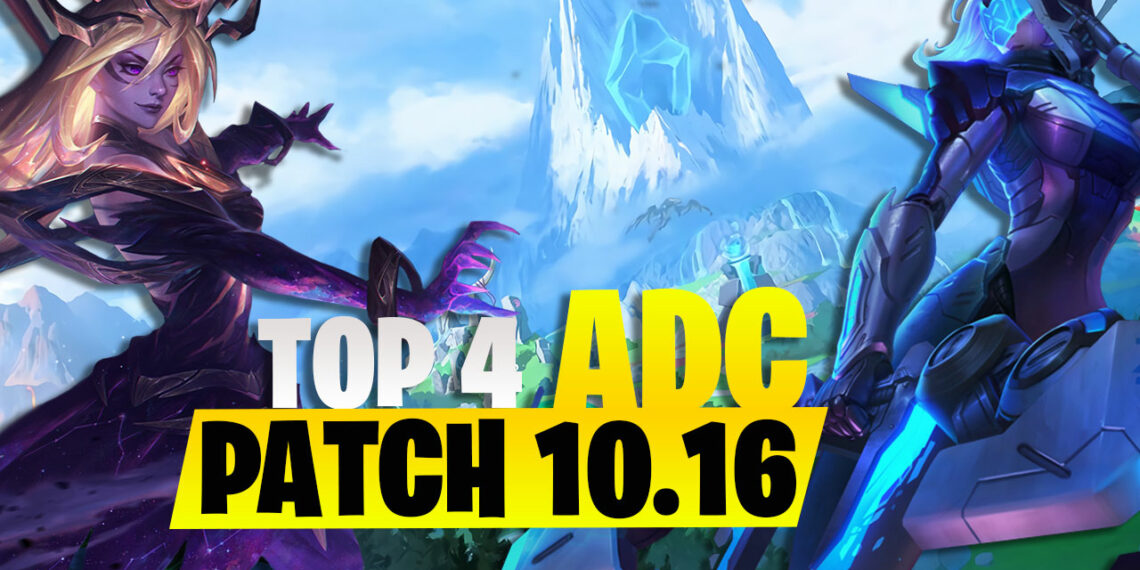 It’s been a while people think only ADC can be suitable for the bottom lane but now Sona is dominating this position with fascinating stats .With Lux alone in the bottom lane, this girl’s winrate is a terribly high 62.13%, but banned rate is extremely low. It is worth mentioning that according to U.gg statistics, Lux does not have a counter in the bottom lane which means that she can win every in theory.

Because of Spellthief’s Edge overbuffed in patch 10.15 ,Lux and Sona become overpower.Maybe these 2 champions do not have DPS like other ADC but they can be  omni-purposes with Support items.Basically, there will be  2 Supports farm in the bottom lane at the same time, they will have items early which affect the game as soon as they own the first item and help teammates suppress the enemy team extremely well.

This sheriff lady is not weak, good laning ability and long range are great advantages that Caitlyn owns. The only downside of Caitlyn is that the moment she owns the Infinity Edge is weaker than the other ADs and easily lose the advantage in the mid game. However, with damage and basic running speed buff from the previous patch, Caitlyn’s weaknesses are much more difficult to exploit.

In addition, supports items with harass ability such as Lux, Morgana buffed in recent patchs also help Caitlyn relatively stronger. They supply Caitlyn’s shortcomings  such as direct control, versatile skills or the ability to quickly finish the enemies. Basically, the duo Caitlyn + Lux or Morgana is nightmare to face at the bottom lane.

As an old school  AD in League of Legends, Ashe has suddenly emerged as a top pick in the bottom lane in many recent patchs. Ashe’s strongest point is higher versatility than normal ADC, she can play well even when being underdog. All you need is just an accurate Echanted Crystal Arrow shot and Hawkshot detects the enemies then you have contributed a lot to combat and general gameplay.

Aside from the two names above, Ashe is almost not afraid of any AD and also a good laner in most situations. What you need to do when playing Ashe is using your Hawkshot correctly to detect the dangers around you and control the bottom lane. If you need to find a safe option that always comes in handy in any situation, then Ashe is your number one priority.

Although there are no strong buffs, Jhin is a rare champion that can counter hot champions of the current meta. Jhin skill set can narrow down enemies’ movement range very well which is annoying to champions who lack of mobile ability. Furthermore, Riot Games also buffed Jhin’s fourth attack damage so his early game damage is much stronger than before.

The most difficult point when using Jhin is the limited number of bullets so newbies will feel unfamiliar when using this champion. Once they adapts to Jhin’s pace, he can control the lane, targets ,even the whole match very well and his kiting ability is extremely annoying.