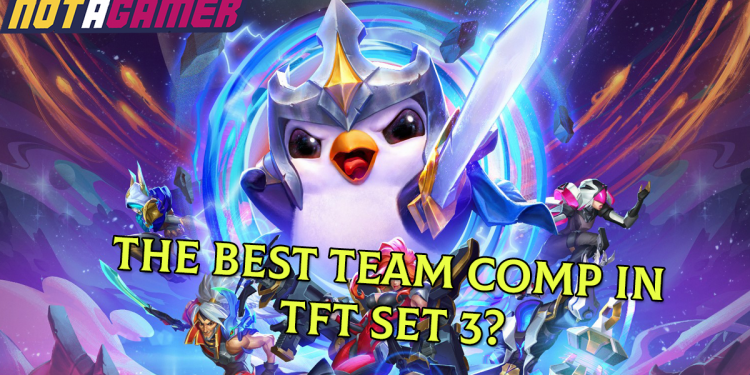 This is actually not much different from the Blaster + Brawler versions in the first set, even up to 6/8 champions are identical to the previous one. The strength of this squad is the comprehensive defense, the ability to deal large-scale damage with the effect of the French Defense, in addition, the ability to control the opponent is also quite good.

Items are still stacked for champions with strong carries like Jinx, Miss Fortune or even Lucian. It’s a pity that all the good stuff like Cursed Blade or Hush have been removed, so the Blasters could not be as good as the Blasters in the first set.

Although this squad has up to 6 Chrono champs, their main task is just to increase the attack speed for other Snipers, so it seems that this can also be considered as the improved version Ranger comp. The downside of this squad is that their ability to resist is not very strong when they cannot activate any class for resistance.

However, if Ashe and Jhin can dealt damage, this Chrono + Blaster combo can take down the opponent with the speed of light. The strength of this squad is its ability to control quite well, along with that it can use many 4-5 gold Champions.

This is a fairly easy to play team comp at the moment, when the main Damage champions like Kai’sa or Shaco are quite cheap but can carry heavily. Mech-pilot has the effect of supporting the frontline to buy time for the Infiltrator to rush behind and defeat the opponent, and in fact, this team only needs 6 members: Rumble, Annie, Fizz, Kai’Sa, Shaco and Kha’Zix in the early stages of the game and then can save money to upgrade and add other classes, or replace the cheap Infiltrator champion with Ekko.

This team comp is quite similar to the Sorcerer + Ocean in set 2, when Star Guardians also have the main effect of distributing energy to teammates when using their abilities. The downside is that this comp doesn’t have a heavy carry like Brand last set, the ability to deal damage will be shared among many team members, their fighting strategy is not necessarily killing the enemies in the blink of an eye, that are a long-term fight with the ability to buy time from Neeko, Poppy and Soraka.

If you have any ideas about a good team comp tell us in the comment down below!