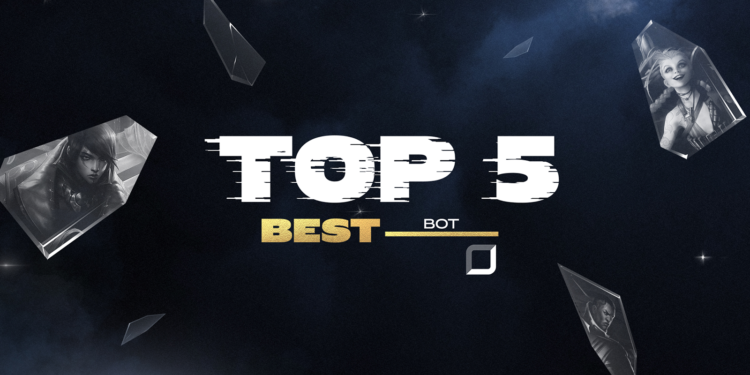 The AD carry role has gained strength throughout the year to become one of the most significant roles on the Summoner’s Rift. While many AD carries have taken advantage of this chance to develop into some of the game’s most exciting young stars, it is the long-time veterans who have shone even brighter in the current scene.

Even more amazing than the fact that Deft qualified for Worlds after all these years is the fact that he did it as a top player in his position. Although DRX labored in mediocrity for the majority of the year, they finished strong and had great performances at the LCK and Regionals this summer. No, Deft is not at his best, and it seems unlikely that he will ever win the Worlds. Nevertheless, he continues to make an extremely strong impression as a player and will undoubtedly do so leading up to what might be his final international competition.

Without a question, this year has been difficult for JackeyLove and the other Top Esports members. They nearly won the LPL championship twice, but both times they fell short by one game. Even so, the team enters Worlds, and JackeyLove makes a great entrance for an AD carry. He and his bot lane partner work well together, have a good selection of champions, and play consistently throughout the entire game.

GALA has built a strong reputation as one of China’s top AD carry players, and in many respects has kept the spirit of the RNG legend Jian “Uzi” Zi-Hao alive, despite the fact that he has yet to attain the status of his legendary predecessor Jian “Uzi” Zi-Hao. GALA is an expert at team battles, and possibly no other bot-laner in the entire globe can equal his ravenous appetite for kills (not a surprise for someone known as the pentakill king). Another regrettable habit he has continued from Uzi is that he doesn’t appear to be in the best form for Worlds. He was overshadowed by many of his peers throughout the Summer and will need to display much better form in North America if he wants to help his team win.

Ruler has long been a fearsome foe, but going into Worlds, he’s downright frightening. He has successfully integrated himself into a much more cohesive roster compared to the previous year when Gen.G lacked dimension and forced him to continuously carry games. He has also cemented himself as the strongest AD carry in the LCK. He has demonstrated to be a statistical monster, holding top positions in categories like kills and KDA in addition to his stellar teamwork. While the LPL has a reputation for having the finest mid-laners, Ruler is right up there with the best of them.

Although EDward Gaming doesn’t enter the competition in the same condition as 2021, they still appear to be one of the most formidable teams. Viper continues to rank among the most amazing and significant AD carriers in the world, which is all the more amazing given that his team’s strength is lesser than it was the previous year. His individual performances were outstanding, and his team fighting is outstanding. Throughout the summer, he had the greatest KDA of any AD carry in the LPL. He will not only maintain his standing as one of the best AD carriers in the world but also one of the best of all time if he performs well at Worlds.