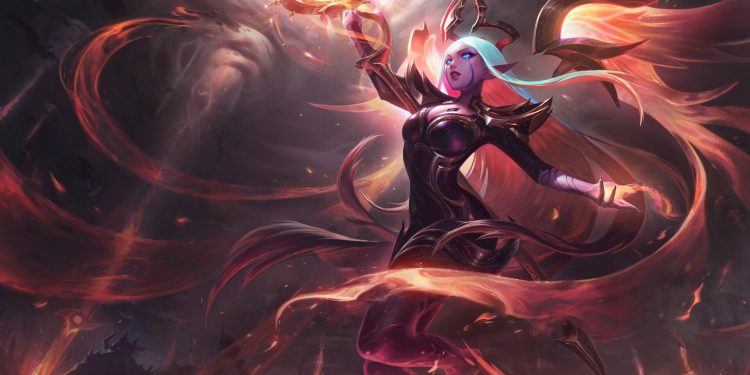 Riot Games will begin to intervene in the case of the two supports who is ruling the storm in the top lane, and there are also a lot of changes that would affect directly to the meta in patch 10. 4. Let’s take a look  Top 5 biggest changes in 10. 4!

Coming to version 10.4 this times, Soraka will be reduced the power directly on Q – Starcall to minimize the power in her laning phase, specifically:

Similar to Soraka, Sona has been a hot pic in Top lane during the past version.  Therefore, Riot Games also do not “let her go” and will reduce the power of Maven of the Strings in the single lane.

Not as complicated as Soraka, Sona’s power reduction focused on increasing 25 basic energy cost per level to 3 abilities  Q – Hymn of valor, W – Aria of Perseverance and E – Song of Celerity  .

This power adjust inadvertently affects the Support position, so Riot Games will help Sona to refund 30 energy per skill when she activates the Aura effect on allies for the first time  every time you use a technique.

Edit and reduce the powerof Aphelios-The Weapons of the Faithful

Players will be able to see that Aphelios is possessing which pair of weapons in version 10.4. This is thanks to the symbol of both main and secondary guns displayed on the right side of his health bar.

In addition, Aphelios will lose the ability to reactivate the basic attack after activating the mark on the enemy with his Calibrum.  However, the mark activation attack will still be reactivated normally.

In the Crescendum form, the Q- Sentries will have the following notable changes:

Buffs for Lux-The Lady of Luminosity (as known as Riot favored child).

Although it was emphasized that the Support Lux will be strengthened in this version 10. 4, but the mid Lux ​​also enjoy a lot of things.

Q – Light Binding has 10% AP reduction, however, base damage is increased by 10 per level and cooldown is reduced.

She is also returned the old mechanism combined from the ultimate R – Final Spark Flash + Flash, Lux will have a lot of fun as well as tools to hack the enemy’s brain.

More champions move into the forest

The title name has everything that we need to know about this section, here, we will summarize the 7 names that will be the brightest candidates in the jungle position in version 10. 4

All 7 above generals have been adjusted so that their skill sets can deal more damage to forest monsters.  Will the 7 “new” faces in this forest will completely change the meta game at the time of version 10. 4?