Top 7 changes in patch 10.10 that are worth your attention 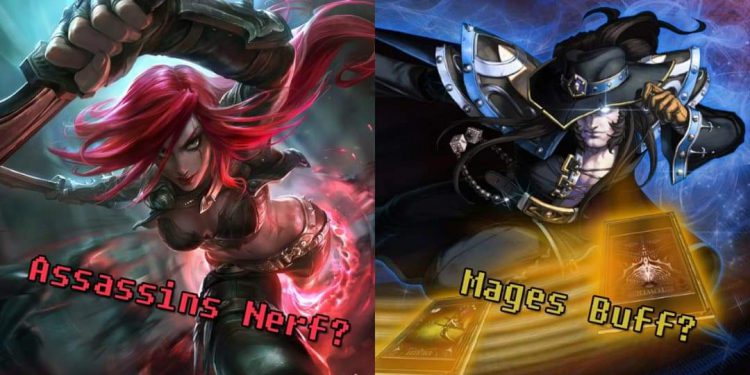 Patch 10.10 has come and brought us enormous changes about some champions that seemed to be quite OP in the last patch. These are 7 most important changes you should not be missed if you want to improve your elo.

Top: Maokai has been noticed.

Top has appeared to be the most bustling lane in recent patches because the meta has been changing constantly, from Juggernauts like Sett, Mordekaiser,… to Tankers like Ornn or Maokai. And in patch 10.9, Maokai’s winrate as well as pick rate were so high that he has been nerfed in patch 10.10. His base mana and Q’s mana cost have been nerfed a bit in order to impact his laning phase as Maokai does not buy mana items at the early game.

Additionally, Kled also has been nerfed a bit by increasing the cooldown of his Q from 9s-7s to 11s-7s. Some gamers said that Riot had done the right thing since Kled’s power at the early game is quite huge. Besides, as the winrate and pick rate have been too low, Irelia has been buffed after a long time being nerfed and nerfed. Her E’s damage has been increased from 70-230 to 80-260 and this is a good news for Irelia players.

Jungle: Kayn was nerfed for the first time

Kayn – the most OP jungler in recent patches – has been buffed for 11 times since he was published – finally has been nerfed for the first time. Rhaast’s healing ability from his passive has been reduced from 34.5%-43% to 30%-40% of damge dealt. This will tone down his skirmishing ability and make Rhaast weaker to prevent him from killing all the enemies just by himself!

In addition, although Nidalee has always been a fear of the opponent’s jungler with the ability of stealing monsters easily and she can even kill the opponent’s jungler, she surprisingly has been buffed in this patch! Her Q’s damage ratio has been increased from 0.4 to 0.5 ability power and this buff will make her more and more frightening at the late game.

Mid: Assassins have been nerfed, Mages are coming back!

Diana and Katarina have dominated midlane for a long period of time due to the ability of killing the opponent’s carry extremely fast! However, they are really weak at the early game, when they don’t have many items and their skills don’t deal much damage, so Riot has aimed to this weakness at this patch. Diana’s base HP has been reduced from 594 to 570 and this will make her a bit weaker in the laning phase. Katarina’s passive dagger AP ratio has been decreased from 0.55/0.7/0.85/1 to 0.55/0.66/0.77/0.88 AP. This will weaken her at the late game, when she actually become an invincible monster with the outstanding amount of damage.

On the other hand, Mages (Annie and Twisted Fate), have been buffed a bit. Twisted Fate’s base AD increased from 49 to 52 and his R’s mana cost has decreased from 150 to 100. This is a huge buff and will solve his problem of mana at the early game. Besides, Annie’s E – Molten Shield will reduce 13/17/21/25/29% instead of 10/13/16/19/22% of damage received. This will make her more powerful in trades and increase her survivability at the late game. Maybe Riot is bringing Mages back to the midlane – their original place.

ADC: Sivir is coming back?

Since Essence Reaver was nerfed, Sivir has almost disappeared from the Summoner’s Rift and it seems that Riot is bringing her back to the meta. Her E’s mana restoration has been increased from 80/95/110/125/140 to 110/120/130/140/150. This will make her sustain in lane much stronger as it has solved the problem of mana, the biggest problem of her laning phase. However, to bring her back to the meta, Riot has to do a lot more and it’s not rocket science

Meanwhile, Miss Fortune, the ADC that has been used by a lot of proplayers, has been nerfed a bit. Her maximum movement from W decreased from 60-100 to 40-80 and this will weaken her in chasing as well as escaping.

Support: Taric has been nerfed, Soraka has been buffed again!

Although “funneling” is not as popular as they were in the past, Taric is still an effective support thanks to the abililty of healing and he definitely needs a nerf. Therefore, in this patch, his W’s bonus armor has been reduced from 10-20% to 10-14% and this seems to be a heavy reduction overall for the survivability of his carry.

These are all the changes that you should notice to get more LP. If there is something wrong, please tell us by leaving a comment below.

Thanks for your reading!