Top Strongest League Runes have been Ignored by many Gamers in Patch 10.17 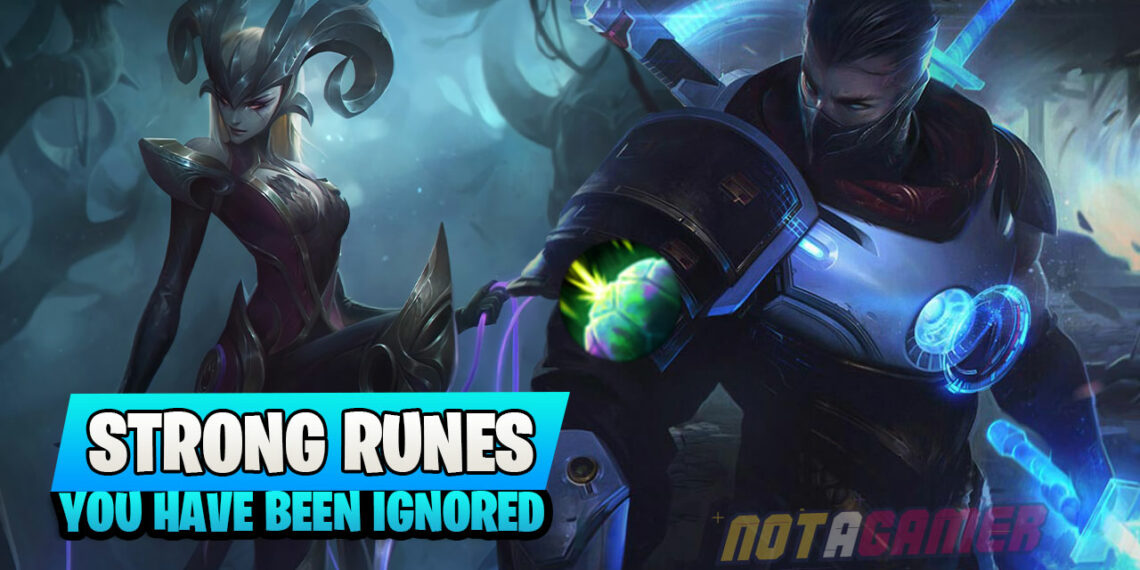 Top Strong Runes have been Ignored by many Gamers in Patch 10.17

League of Legends has a lot of strong runes but they’re ignored by gamers for many different reasons in current meta Patch 10.17.

Top laners often use Demolish to earn extra money from destroying enemy’s tower . However, you can not always touch the enemy’s tower, so using strong runes from the beginning of the game will be a much smarter choice. Shield Bash is one example, this rune is extremely powerful for some specific champions such as Shen, Camille, Mordekaiser, even Tahm Kench on top lane.

This rune is among strong runes because of providing both defense and attack ability. Maybe many gamers are used to using powerful champions, ignoring “stubborn” champions so they don’t use this rune. Keep in mind that the two strongest top laners in Challenger rank right now are Shen and Camille, also the most suitable champions with Shield Bash.

For some reason, people prefer Coup de Grace and Cut Down is not used too much. The essence of ADC champions is to deal damage over time which is suitable to strong runes that can increase this stats. Meanwhile, Coup de Grace only deals more damage to low HP targets. If meeting strong resistances champions, it is almost completely useless because you do not have enough damage to put enemies in danger.

Instead of wasting a rune point on Coup de Grace, you should use Cut Down to deal more damage. Currently there are a lot of fighters, mages’ items also give extra HP, which means that Cut Down’s effects will always be activated no matter who you attack. It is time for ADC players to change their habits, using Cut Down instead of Coup de Grace will be much more effective.

Certainly many gamers will be surprised to know that this rune exists in League of Legends, the reason is also understandable when there are so few people using Approach Velocity. This rune will give you movement speed towards enemies who are movement impaired and also increase up to 15% movement speed if the  effect is caused by you. Basically, this rune will increase your ability to chase your target, ensuring your enemy can’t escape no matter how hard he try.

The perfect champion to use this rune is Ashe. With too much slow ability in her passive  and W-Volley, the enemy is almost unable to escape when touched by her. Besides, champions using Glacial Augment playstyle are also suitable for these strong runes.