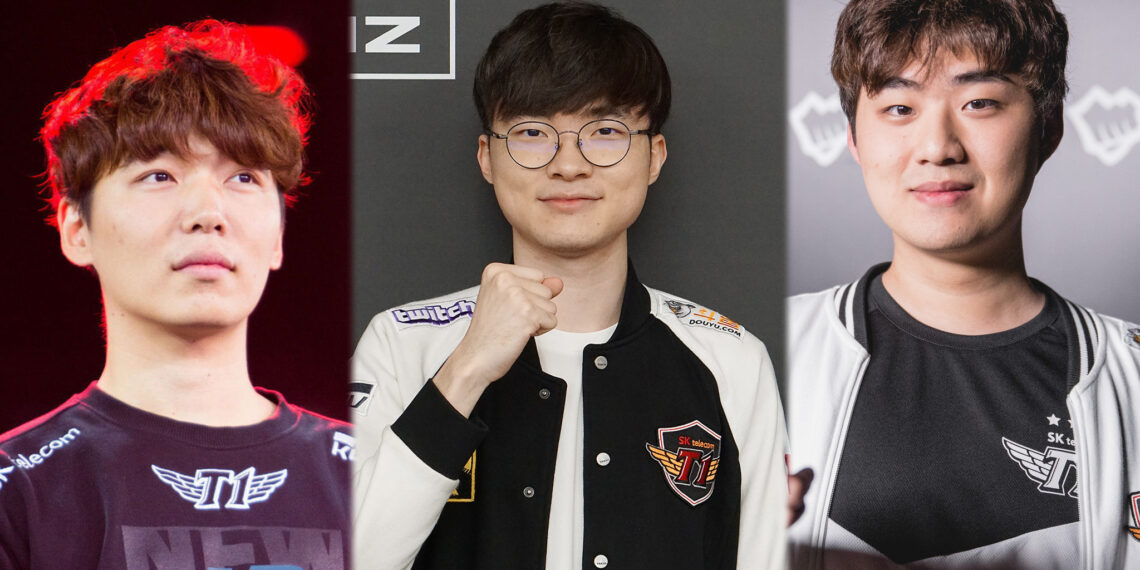 4/5 of the finest League of Legends lineup teams of all time have Faker in it.

The worldwide media are now offering a lot of votes with diverse criteria in order to recall the proud history of League of Legends competition, as part of the momentum of communication activities for Worlds 2021.

One of the most popular criteria is to identify the best players in Worlds history, and FMKOREA just published a list of the greatest Worlds rosters, each of which is made up of a series of episodes. A mix of five well-known players who have competed in Worlds. And it’s not surprises that the No.1 team on the list is regarded as the best in history.

Except for Canyon, the remaining four names are all seasoned players who have not only won Worlds, but have also set their own records in their career. Faker and Bang are two of the most players with the most championships, while Marin and Mata are two of the best players in their respective positions, helping to redefine the game’s gameplay.

In addition to the first lineup team, FMKOREA also released a list of 4 others:

Perhaps the most noticeable part of this vote is that none of the members of FunPlus Phoenix, who have won the 2019 World Championship, are present among the above five roles.

Another questionable part is the absence of both Doinb and ShowMaker on the list, who seems to be outperforming most mid laners recently, including Faker. Of course, since this is just a vote based among only around the Korean community, FMKOREA does not provide a precise reason for this.