Tragicomedy: The gamer wants to break up with his girlfriend for stealing his Pentakill 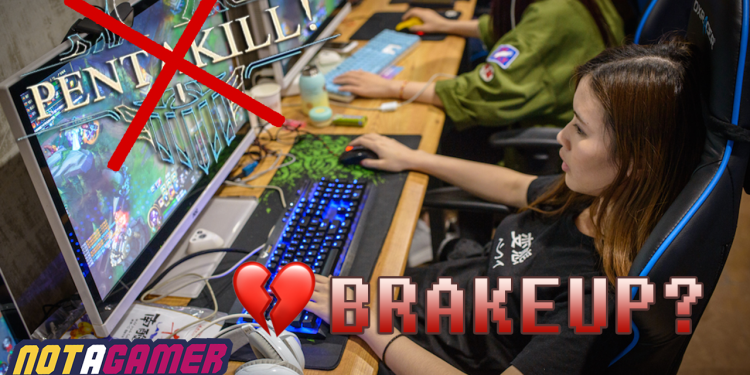 Being stolen Pentakill is absolutely uncomfortable feeling, not to mention that the person doing this “evil” thing is… your girlfriend.

Pentakill or taking down five enemies in a short period of time is always a great reward for any League of Legends players. Besides, getting your precious Pentakill stolen by another teammate can be absolutely one of the most frustrating feeling in the game. In 2017 League of Legends World Championship, the “No pen for you” meme base on Optimus, GAM’s mid lane player in 2017 – is often mentioned when someone loses theirs Penta since he has accidentally (more like intentionally) stolen Noway’s Pentakill in the 24th minute of the game against FNC.

Recently, a League of Legends gamer have been in an extremely confusing situation when his girlfriend steal his Pentakill. He even shared on Reddit that he was going to break up with her for that reason.

My girlfriend stole pentakill from me. Should I breakup with her?

“Im beyond devastated. I was playing Vladimir on ARAM, showing my silver skills, diving under turrets and then transforming into pool of blood to show kids how to play. I decided to dive 1v5 into enemy team, all went well, managed to totally miss my ult, somehow still killed 4 of them cause I was Vladimir but then my girlfriend came with her Bard and just stole it. With her autoattack. My own girlfriend. Someone I thought is always with me, supporting me. And she just stole it from me. What should I do reddit? In on the verge of breaking up with her. Should I do it?”

This topic has received a lot of attention from the LoL community, below there are countless positive and negative comments, but most are discussing about the bad effects of doing this in a relationship. However, Riot Games’s senior commentator and also a long-time LEC staff, Quickshot, has stopped him from making this mistake. In particular, he has advised the OP by sharing his story:

“Put a ring on it. Any partner who plays with you and is able to help set up future pentakills is worth holding onto. In 10 years of playing this game, my one ranked pentakill was setup by my wife on her nami while I played sivir!”

Riot Quickshot commentator on the wedding day with his wife

Perhaps as he said, the girl who is willing to play League of Legends with you is always somebody you have to respect, even though maybe it’s not her intention and she unlikely likes to play the game, she just wanna play and spend time with you! Furthermore, even if she stole your Pentakill, she is sure more valuable for you to holding on than that Pentakill itself.

The important thing is that having a girl who is spending time to share with your passions and interests is highly respectable. Therefore, it’s time to let it go and don’t do selfish actions that would make you regret later.