Twisted Fate will receive VFX updates to his entire skins in Patch 12.10 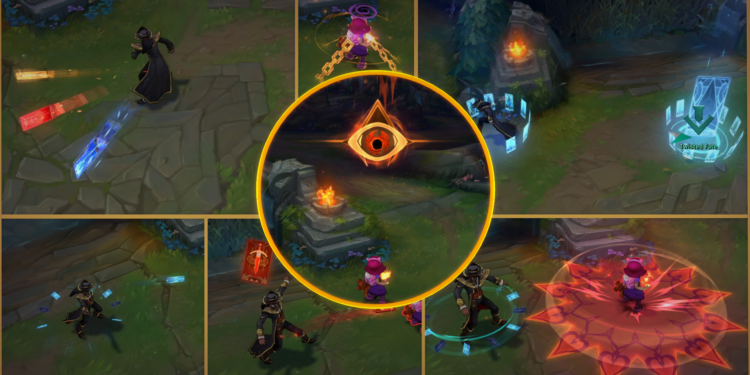 One of League of Legends’ very first champions, Twisted Fate, is getting new VFX that will make him more immense into the game

Twisted Fate will be the next champion to receive major VFX changes to all of his skins, according to Riot Zhanos in a discussion on the League PBE subreddit. These adjustments will have no effect on his kit, but will make his abilities more visible to both allies and opponents.

“The update is focused on cleaning, modernizing his kit, and including details from we have seen in other representations of the character across Runeterra.”

A video previewing some of Twisted Fate’s visual improvements reveals new effects applied to his basic attacks as well as all of his skills. His Q is now flipping instead of turning when thrown.

Most impressively, the cards in TF’s W gained new graphics to highlight the power each card possesses, such as a blue huge eye appearing alongside the enemy when struck by a blue card, chains appearing on enemies imprisoned by a gold card, and a big explosion beneath the target caused by a red card. When Twisted Fate reached the fourth stack on his E on certain of his skins, a deck of cards would slowly form and finally create a circle around him.

Riot Zhanos also stated that a majority of Twisted Fate’s skins would also receive graphic improvements to keep up with the champion’s more current skins. This contains The Magnificent Twisted Fate, which is one of the game’s oldest Legendary skins but has struggled to keep its Legendary classification owing to outdated aesthetics.

Twisted Fate’s VFX updates will be released alongside Patch 12.10, which is planned to go live on May 25.