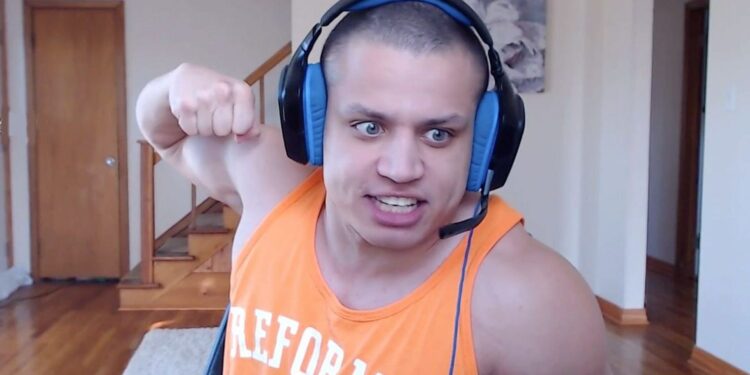 During a League of Legends stream, Twitch celebrity Tyler “Tyler1” Steinkamp blames his real-life illness on his underwhelming teammates.

The most popular League of Legends streamer on Twitch is Tyler1. After finishing his Challenger series, Riot Games themselves sent him a personalized present to show how popular he has become.

T1 has long liked League, but he’s also developed a reputation for occasionally flaming his colleagues.

He’s now gone a step further and accused them of becoming sick outside of the game.

Tyler1 blasts League teammates who made him sick

On August 4, the 27-year-old said during a live broadcast that he had contracted a real-life disease as a result of playing against and with poor League players.

“I think players on my game when they play bad are physically making me sick. The Braum we played with yesterday and the Graves we played with earlier, I think they’re affecting my health.”

Tyler1 on his streaming

He said that it might just be “a coincidence,” but he did discover that seeing a subpar Braum player gave him a real headache. He played with a Graves player the following day, and shortly after that, he started to feel sick.

Over the years, Tyler1 has expressed some pretty harsh opinions on League players, but as of late, their terrible play is starting to affect him negatively outside of the game as well.

Hopefully, now that Tyler is a Challenger in every role, Riot will start giving him teammates of better caliber.