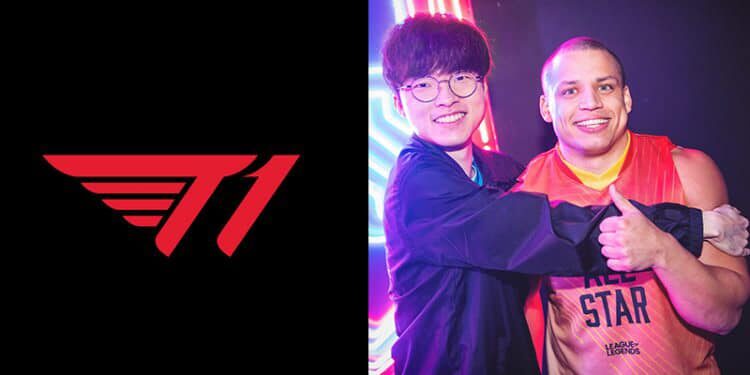 Tyler “Tyler1” Steinkamp is a 25 years old streamer. He is currently one of the biggest streamers you can find on Twitch. He was also known for hosting his self-branded tournament called The Tyler1 Championship Series. Even though he has sort of a bad reputation for being kind of toxic – which leads to his account banned by Riot for 2 years, the community loves him for an emotional streamer.

His Deal With T1 Entertainment & Sports

T1 Entertainment & Sports originates back in Korea, in order for them to expand their popularity to the United States, they decided to sign a contract with Tyler1. T1 Entertainment & Sports CEO Joe Marsh shared his in-sight thoughts about why he made this decision: “For us with someone like Tyler, we view this more as a content creation partnership versus just a strict streaming deal”.

Furthermore, “We view him as a creator. He doesn’t need us for streaming…he’s one of the biggest names in the game. For us, it was about continuing to build our brand here in the West. We have our anchor team here in Valorant, but our League team’s out in Korea and we’re just building roots here in the United States as we’re historically Korean. So the idea of doing content with Tyler was really enticing. He’s a big personality and he’s a great guy to work with.”

Part of Marsh’s enthusiasm for the signing also comes from Steinkamp’s position as someone who knows the culture of the League of Legends. As the company maps out potential content, having an accomplished developer as a creative partner provides tremendous value. As they want to grow much bigger and have more influence in the US, he wants to create a break-through in an already crowded streaming scene.

While other companies are trying to approach different ways such as signing contracts with streamers playing less competitive games, T1 goes all the way out for League of Legends. Also, some fans have been asking about the fate of Faker, will he be somehow affected by this contract, Marsh also reconfirms the path that their company creates for these 2:

“For us, it’s always about winning. For us, one reason why we’ve started expanding our roster of creators…Faker only has so many hours in the day, and he needs to focus on winning first and foremost. So having the opportunity to leverage Tyler in a Nike opportunity versus continually bringing Faker or the other players out is a win for us, and for Tyler…and allows Faker to focus on his main job, which is winning another championship. So for us, it was always about finding creators that made sense…and now we’re reaching out to people we think we can create great partnerships.”