Tyler1 is hopeless with the current state of League, claiming that it is not ‘sustainable’ 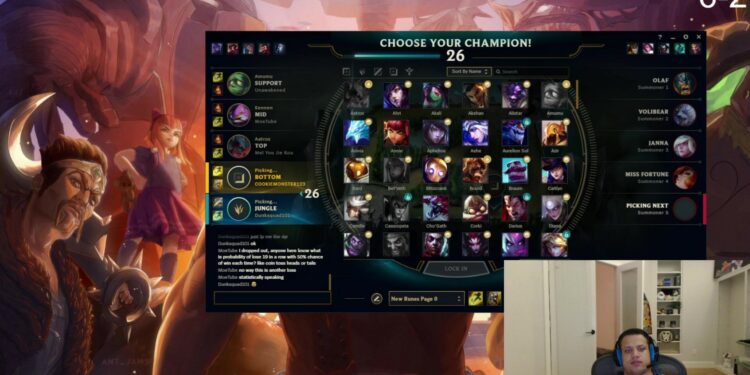 Prominent Twitch streamer Tyler “Tyler1” has once again expressed his dissatisfaction with the current state of League games in a recent stream.

Tyler stated that he was no longer able to play the MOBA title after losing a round due to an AFK player. He argued that his presence in the game was not “sustainable”:

The famous League streamer had a somewhat unlucky final game, as his team’s mid-laner disconnected the game in the middle of it, resulting in the streamer being defeated in less than 20 minutes.

Tyler, as predicted, was dissatisfied with the outcome of the match and stated:

The Twitch streamer carried on the chat, hoping to obtain an interview with Riot Games soon:

“Hopefully, I get an interview this weekend. I could make a little video, I could make it about win-trading, or whatever. Hopefully!”

Tyler1 also remarked that it had been a while since he had hosted a six-hour livestream and that it was the worst experience he had ever had. He added that he has not held such a long stream since 2019 and couldn’t stand the pressure any longer.

The fans then offered constructive solutions to Tyler’s problem. One viewer pushed Tyler1 to acknowledge his “power” and suggested that he speak with Riot Games about the difficulties that are interfering with his gaming.

Tyler1 is without a doubt one of the most recognizable and most famous League of Legends streamer around the world.

With his influence being so massive, fans hope that there is a chance that Riot will handle the situation thoroughly, along with other similar prospects involving AFK, win-trading, etc.