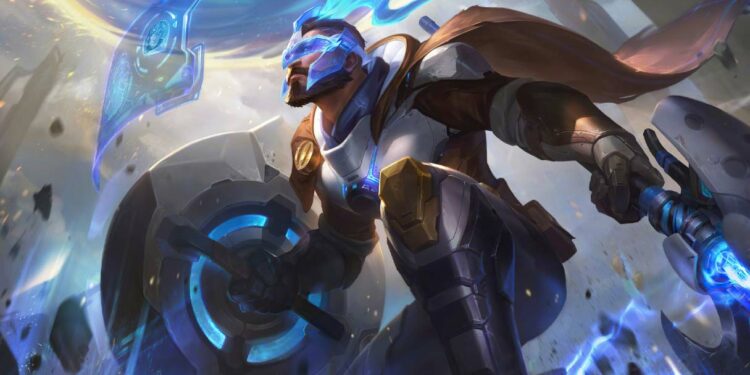 According to indications from a Riot Games Developer, after the 2021 Preseason, Pantheon will very likely to have a change in his position, following the raising concerns from fans of the champion.

In the latter half of Season 9, we have seen Pantheon major rework (visual, abilities) which can be considered as one of the most successful rework of all time. His major rework has given him much more power than anyone, even Riot Games to have ever expected, just quickly after that, he has became the most banned champion at the time, even in Professionals!

However, the Unbreakable Spear has not really found his spot on any of the rosters of League of Legends, besides being an off-meta pick in numerous positions throughout 2020, especially after the nerfs in the following months.

Unfortunately, he was more than any other position, he has been considered as a strong support pick in the lead to Worlds 2020. Pantheon mains, therefore, are absolutely disappointed with his current status.

Fans have been calling on Riot to make him again a viable pick in other roles since he was once considered as one of the most competitive jungle and a strong solo lane champion as well.

During a Solo Q match, League of Legends Dev Riot Phlox answered one Pantheon fan saying that he was eyeing a number of potential changes in his position that could help him become stronger as a jungle or top lane champion.

On September 11, Phlox’s response had been shared with the r/PantheonMains on Reddit, where he, himself, later updated about the potentials changes in the future for this well-loved champion in full.

“We’ve been looking at Panth for a little bit now in terms of top being brought down by other roles,” Phlox explained, revealing plans to work on the champ when the opportunity arises, “there’s no guarantees anything will get done, since this isn’t a must-be-done project but I’m interested in doing it when I have time.”

However, several of the existing champions will indirectly be impacted by the upcoming transition during the coming months, a big update that is expected to come to November which including the new Mythic items system in the game.

Riot Phlox, therefore, clarified that the changes would not begin, at least until after the preseason to ensure that the champions can still be able to be balanced before League of Legends season 11.

Although the champion is still unable to obtain any adjustment soon, it is probably good news for those who play him that Riot Games is aware of the recent struggles that Pantheon is having.