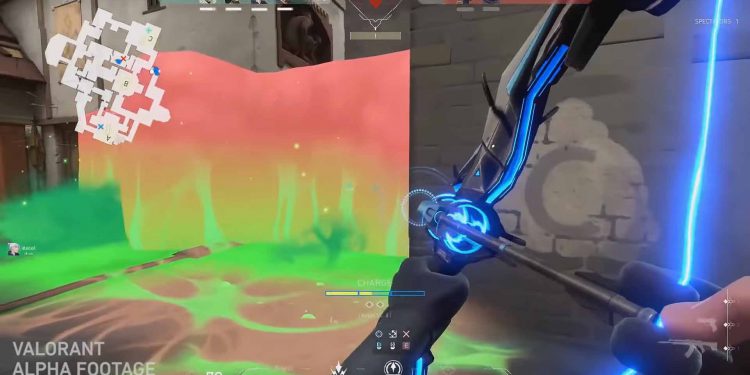 Riot Games will welcome more players in Brazil, South Korea and Latin America to join the Project A community from May 6. With the release of closed beta in Europe and North America earlier last month and gaining stability, Riot wants V ALORANT to reach global gamers.

All players who want to experience the closed beta of the strategy game FPS 5v5 will have to have a key – randomly received via the livestream channel on Twitch (or AfreecaTV with Korean gamers).

First, you must have a Riot account and then link it to your Twitch or AfreecaTV account. Once completed, you just wait for luck to come to you when choosing to watch streaming channels VALORANT content.

The unofficial launch of the first FPS game in Riot history has achieved a certain success – surpassing one million viewers on the first day of beta and breaking a record four million viewers at a time on Twitch .

Riot added a ranking mode earlier this week and promises to retain and expand the VALORANT community.

If nothing changes, the official version of VALORANT will reach global players this summer.

Valorant is an upcoming free-to-play multiplayer first-person shooter developed and published by Riot Games. The game was first announced with the codename Project A in October 2019. It is set to be released for Microsoft Windows in the summer of 2020, with a closed beta that launched on April 7, 2020.

Valorant is a team-based tactical shooter and first-person shooter set in the near-future.[1][2][3][4] Players assume the control of agents, characters who come from a plethora of countries and cultures around the world.[4] In the main game mode, players join either the attacking or defending team with each team having five players on it. Agents have unique abilities and use an economic system to purchase their abilities and weapons. The game has an assortment of weapons including sidearms, submachine guns, shotguns, machine guns, assault rifles, sniper rifles.