VALORANT: Riot Games explained how Sage will be nerfed 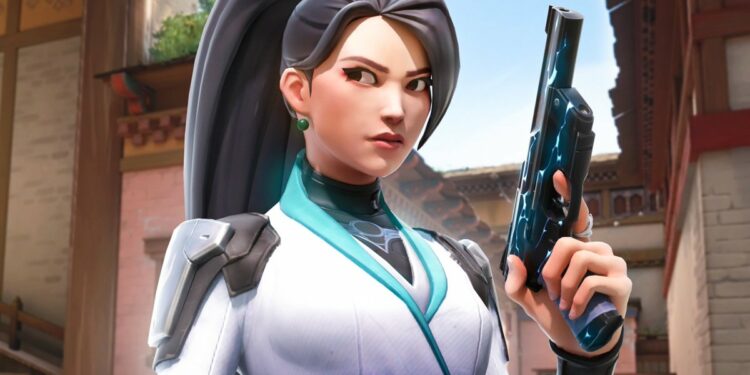 Sage probably the most used agent in Valorant, because of that Riot Games are trying to find a way to cut down the strength of this chinese agent.

There are many different agents in Valorant, some are dominating others right now in the meta. Sage surely is one of those agents and Riot Games is targeting her for a nerf. As a sentinel medic, she is the best agent in shooting and staying alive, with the slow from Q and wall from C she easily manages in lot of stituations to give her teammates some adventages. Not to mention that her healing and the revive from her ultimate are too powerful for a game like Valorant.

That is why Sage in on the eyes of Riot Games. Character Design Lead Ryan ‘Morello’ Scott admited that Sage is too overpowered. “Sage needs pretty big work,” Morello said. But “neutering her” to the point where she’s not fun to play at all, isn’t the answer. Morello didn’t go into the specifics of the Sage changes, but he insisted her healing wasn’t the issue. “We might have to be really creative,” he said. “But we also might have to be a little extreme with how we have to hit her.” Finding a fine balance with Sage will undoubtedly be a difficult task. She’s an agent that risks being “too flat,” according to Morello. Targeting her healing capabilities may be the wrong direction. Further changes to her orbs, her wall, and even her ultimate could be on the cards.

It’s look like while finding a way to lower Sage‘ strength, Riot Games also tend to the releasing of a new agent who has similar purpose like Sage in order to create more competition for Sage and make choosing Sage is not the best choice anymore. About Sage, her ultimate can decide winning or losing in a round so it’s would be what Riot Games is focusing on. Putting a revive in a game like Valorant is a wrong decision, especially Valorant‘s core gameplay is pretty much like CS:GO, it’s a shooting game where every single milisecond every kill is important, not a character-based game like Overwatch. Maybe Riot Games is going to rework her ultimate but some how keep the revive.