VALORANT: Riot Games assumes that the cheater problem is not as bad as everyone said 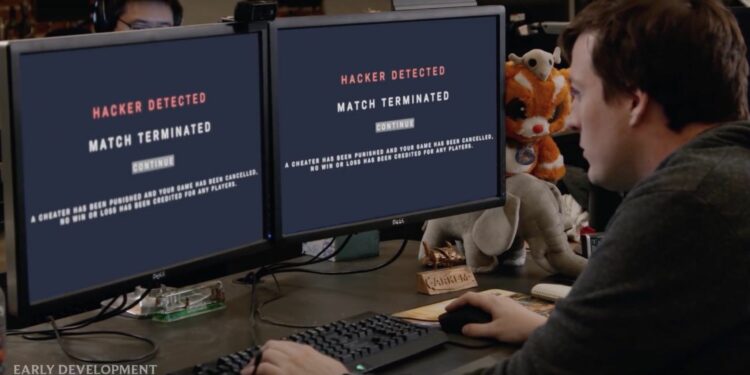 Riot Games believes that their Valorant an-ti cheat system Vanguard and an-ti cheat team are doing a great job though there are still a tons of complain about hackers comming from Valorant players.

Valorant is a FPS game that focuses on competitive element between players since every seconds, every miliseconds are important. Due to how competing the game is, it’s not surprise when some players have lack of skill or want to achieve higher rank without any practices find using hacks is a “solution” to satisfy themself. To counteract these hackers, Riot Games developed Vanguard, a new anti-cheat system considered extremely tough, from running at 0 kernel level to operating continuously since the computer is powered.

The punishment of banning based on PC has maked a lot of hackers suffer when they realize the only way to get back to the game after being banned is…buying a brandnew PC. There are rumours about Chinese hackers have some quick fixes to pass this banning based on PC system but surely these solutions aren’t cheap. We heard from some sources, they even have to pay day-by-day for the cheat.

However, nothing is perfect. Though Riot Games is pretty confident about Vanguard and going to keeps the same rough way the anti-cheat system is operating as well as repeatedly bans those are cheating, some are still trying to ruin Valorant. Since the game launched on 2/6 til now, some Valorant players among Notagamer.net department have been many times face these “superman”, the chance to meet these hackers goes with the higher the rank you have.

But, according to Riot Games, this hackers problem is not that significant. Mr. Paul Chamberlain, programmer & anti-cheat lead on Riot Games‘ Valorant have given some stats and detail to proof how really efficient Vanguard is in protecting Valorant from cheat programs. He started with a poll:

It’s easy to point out, many players think that there are hackers in their game, and some even suggest Paul to add in a option of “More than 50%”. Even though it’s a joke, it shows a reality that gamer are depressed with this hacker, cheater crisis in online games.

In a perfect world, gamers and developers always want the percentage of 0% but it’s immensely impossible and FPS games will always have cheaters. Mr. Paul Chamberlain said that a game with even a 0.01% cheater rate could still feel like it was full of cheating. “Because cheaters are very visible (they appear on streams, reddit, etc) or even just because having a match ruined in a spectacular fashion will stick with you even if it happens 1 in a 1000 games.”

Mr. Paul Chamberlain holds his opinion about how effective Vanguard and an-ti cheat team are working despite the tons of complaining come from gamers. In case you don’t know, there are a moderator team dedicate in reviewing all reports, evaluate all cheaters based on reports and giving a proper punishment.

Because of that, if you catch a cheater in your matchs, don’t forget to use the reporting system. This helps Riot Games to notice that cheater and remove them from the game, protecting the wholesome enviroment of the game.