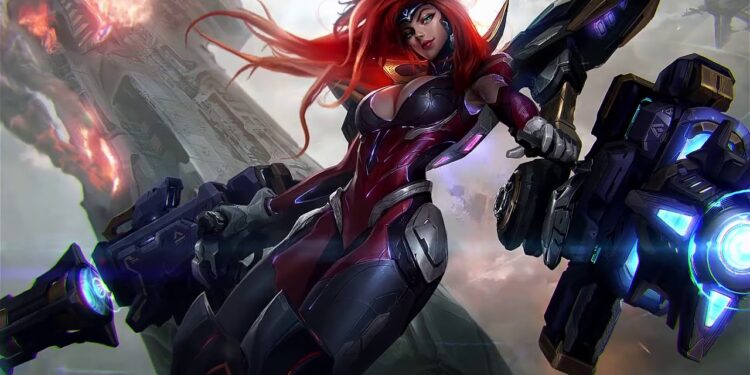 Gun Goddess Miss Fortune is having a bug in the interaction with Sylas’ R.

As we have known, skins in LoL are divided into multiple grades and the highest one is Ultimate. The ones in that grade were created with substantial care in their lore, speeches, in-game effects, etc. As a result, their prices are incredibly high and the number of them is also limited. At the present, there are just 6 champions having Ultimate skins, such as Ezreal, Sona, Udyr, Seraphine, Lux, and Miss Fortune.

Obviously, in an Esport game like LoL, skins have only one mission: beautifying your champion. Even though you are using a valuable skin, your champion’s power is completely the same as the default one.

Due to that bizarre interaction, we can confirm that the Gun Goddess Skin is having a problem with Sylas. If this bug were Sylas’, the R stolen from the default Miss Fortune also had to be invisible. But in that video, they were still visible, so this error has been taking place on that Ultimate skin.

This bug will definitely make the match between Gun Goddess Miss Fortune and Sylas harder than ever before. Dodging skills is not easy, dodging invisible skills is much more terrible. That is the reason why Vandiril called this skin “pay to lose” in his video title.