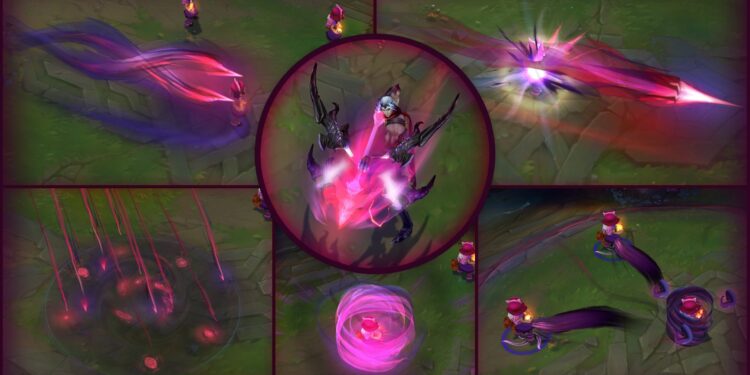 For a game that is about to enter season 12 such as League, many champions are falling into an outdated state with their splash art and effects are no longer suitable.

Most recently, we have a VFX update for Caitlyn when her appearance becomes much more beautiful and suits the personality of a sheriff. It seems that Riot Games has not yet to complete their schedules for the VFX update for the champion as Varus is in line right before the next season.

Unlike Caitlyn’s recent update, the updates will be limited to only clarify Varus’ abilities for both players and their opponents. The changes is said to make some of his effects easier to identify, while his other abilities will be updated to match the new style.

His long-range Q now has a much clearer hitbox, while his other abilities are more immediately recognized thanks to the VFX changes. If these adjustments are implemented, fans should expect to be hit by fewer abilities they believed they had avoided.

The arrow effect from his Q has been improved, with purple energy trailing from the arrowhead signifying the sides of the hitbox. Varus’ Q’s sides used to be variable in terms of when it would and wouldn’t hit a player.

His E and W are getting a visual update as well. Players won’t be startled if Varus lands another ability on a target now as the passive stacks from Blighted Quiver are a little easier to notice.

The VFX in Hail of Arrows is improving, with arrows added to the effect area. Varus’ ult has more distinct visuals as it moves from champion to champion. These visual effect upgrades are also applied to all of his skins.

The changes will be included in patch 11.24 of the PBE server, according to Riot Sirhaian. As a result, we’ll have to wait roughly a month to see Varus on the live server.