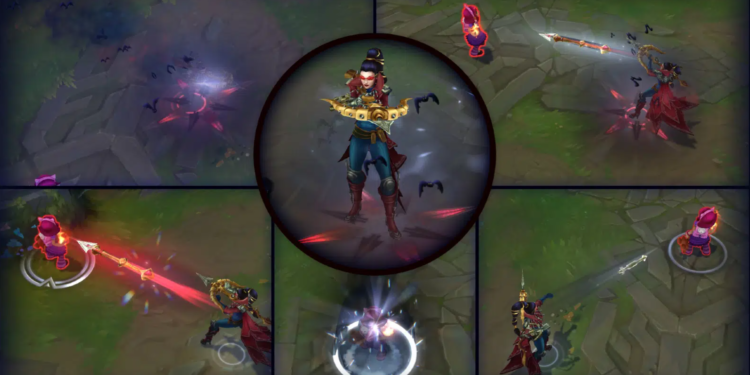 Vayne was debuted in 2011 and rapidly became one of tanks’ worst nightmares as a lethal AD Carry who delivered on the concept of a hunter in League.

Riot has provided her with little cosmetic care since then, with the exception of one in 2015. In a future VFX update for the champion, the firm plans to “modernize” the Night Hunter’s costumes and effects is on the right track.

On the LeaguePBE subreddit forum, Riot Sirhaian clarified their aims for the changes. Apparently, this VFX update is not intended to be an entire overhaul update as the previous (Syndra, Zilean, Malzahar,…) since Vayne’s kit doesn’t have many “VFX opportunities”.

“This one particular VFX Update is of a smaller scale, as Vayne does not have a ton of VFX opportunities in her kit. We have mainly focused on cleaning up and modernizing her kit, removing some of the old noise that was present.”

Although the improvements are less significant than other VFX upgrades, they improve her motions and make her more compatible.

On the update VFX, her auto-attacks can be seen more clearly and denser, along with her W procs to be more modernized. Condemn, her E, now fires a considerably bigger and more red-dish arrow which is now easier to react. Her ultimate, Final Hour, now offers her a gray glow, emphasizing how powerful she is by her ability.

Here is a list of all the skins that will be updated for Vayne:

Riot has said that the VFX update would be released with patch 12.2 on the PBE server.