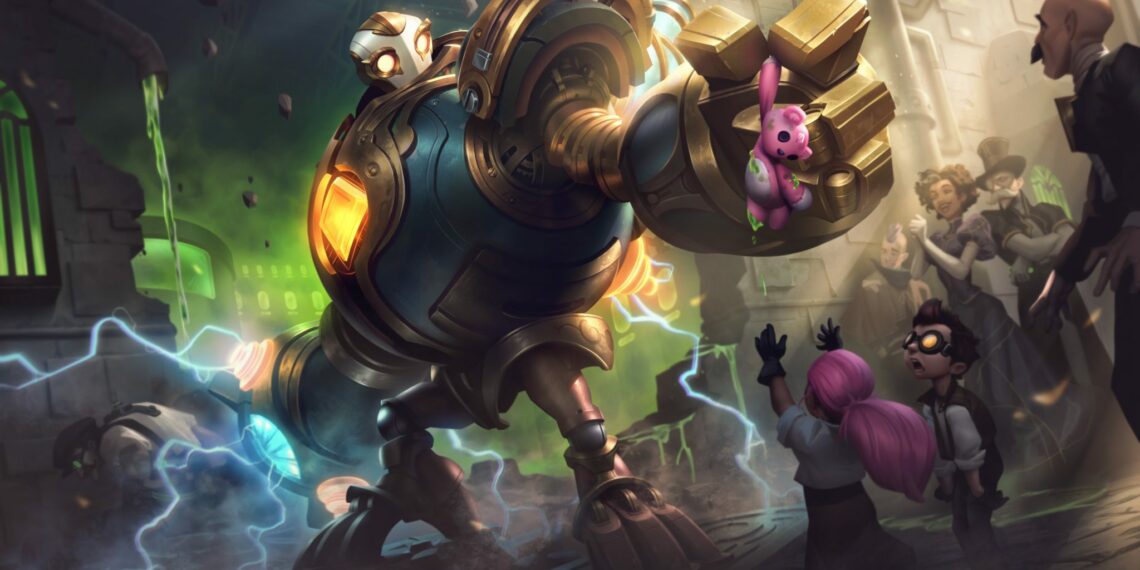 Blitzcrank will be getting the Victorious skin for Season 11.

Riot Games officially released images of the skin lines that will be included with the upcoming 11.22 update on the evening of October 5. The Victorious Blitzcrank has received the most feedback. The vast majority of opinions, however, are negative.

The skin color of the Victorious Blitzcrank is blue with yellow accents. The silver-white top is similar to the previous Sentinels of Light skin design. The solar energy block in front of the chest is transformed into a diamond shape with a golden luster. However, that is all there is to the skin’ description. Aside from those factors, the Glory skin is no different than… the default skin.

Riot made a somewhat disappointing decision here, especially since the League of Legends community is looking forward to more high-quality skins. League of Legends players, in particular, could not have imagined, even in a dream, that the “teasing” image that made many people think of Victorious Annie posted by Riot in the afternoon of the same day was simply a projection image. to a very small detail in Victorious Blitzcrank’s splash art.

It can be seen that the community’s reaction to Victorious Blitzcrank is quite negative, and Riot’s “tease” only adds to the disappointment, despite the fact that Blitzcrank is widely regarded as the best Support champion. The combo shock damage and control are quite good, but the The Great Steam Golem is mostly used in rank and is almost non-existent in the professional arena until now. Not to mention the fact that Riot does not invest in the Victorious skin for League of Legends, which makes gamers hesitant when receiving a skin that is not free because of how much effort has been put into playing, but the value is not the same as fans expected.