Victorious Skin Leaked: Who Will Be The Chosen One? 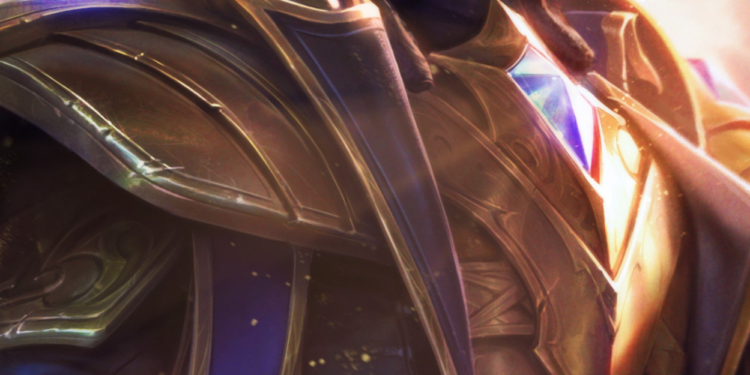 League of Legends Taiwan just released a post on facebook teasing the upcoming champion that will be received Victorious Skin.

Victorious Skin Theme has always been given out to the champion that is considered to have the most impact in that current meta. Just like in Season 9, Aatrox was chosen to receive the Victorious Skin, he was completely revamped in Season 8 and started to create a wild phenomenon in Season 9, causing Riot tons of troubles in finding a way to balance him.

Today 17th September, League of Legends Taiwan uploaded a post teasing the completely brand new Victorious skin that will be made for a hidden champion.

In the first picture, it’s really hard to know which champion is it. Even though there are not a lot of champions who are wearing a vest, all the details are pretty vague. Especially it can be misleading when looking at the gem carved into their chest plate. If you are able to know which champion in this picture then your knowledge must be absolutely impressive.

Luckily, lol.qq really help us out, they provide the second picture in this post. This time, we actually have the final guest, we could be wrong, but it could be Lucian. Apparently, he is holding a crystal gun with a white end tip. Firstly, Lucian belongs to the Sentinel of Lights, he and his wife have always been shooting light from the beginning of his career. Secondly, Lucian has become a popular trend this year, marking the first time a Marksman AD Carry be brought to another lane aside from Bot Lane. Currently, we also witness Lucian in the Top Lane, he has proven to be much more reliable than Vayne.

Above is our guess of this year 2020 Victorious Skin, if there are any others champions that come to your mind, don’t hestitate to comment down below and share with us what you are thinking.