Victory Five Jungler forgot to take Smite in an LPL match, resulting in his team losing against Suning 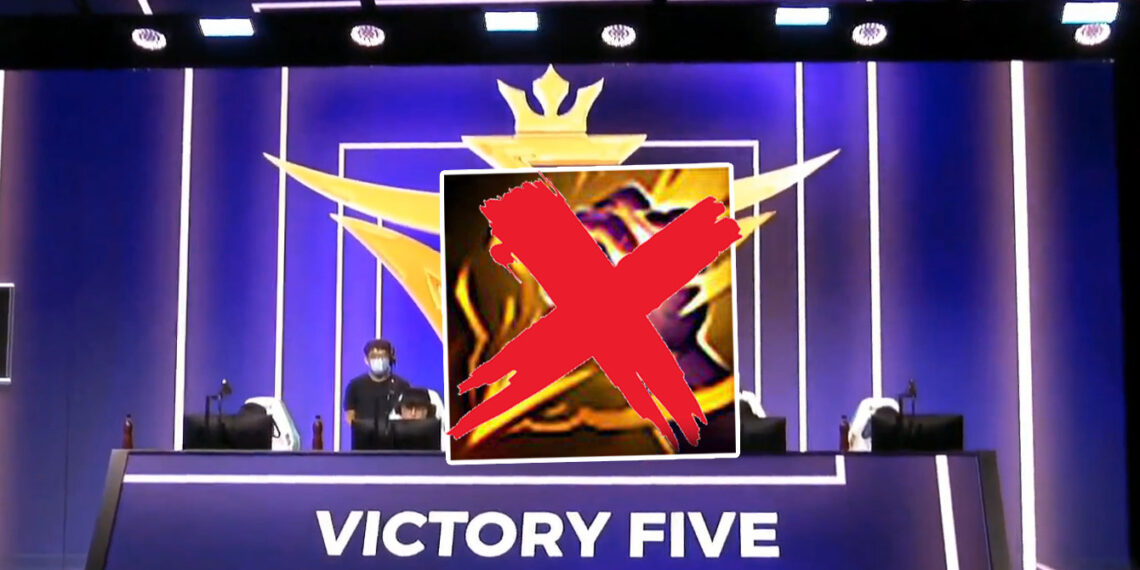 Victory Five has had a difficult season. The LPL‘s worst team can’t manage to win a single match this summer, as their 0-13 record ranks them as one of China’s worst League of Legends teams. Then, an unfortunate situation happened when up against Suning.

Victory Five jungler Peng “pzx” Zhan-Xiang in the Chinese LPL neglected to use Smite, which had had serious consequences for the team.

Without Smite, pzx fell behind early in the game and was unable to assist in securing objectives around the map during the game. Suning won the game with a score of 15 to 1, as has been the case in many of Victory Five’s losses this split. As for pxz, he was penalized one month of his payment and handed a warning for his action.

pzx was playing Viego and had chosen teleport over Smite. According to league regulations, the team was not permitted to remake and was forced to finish the match at a significant deficit.

The mistake was apparently caused by pzx’s use of teleport when playing solo queue before that. The mistake was not detected until it was too late while hitting champion choosing versus Suning.

Last year, Victory Five played really well, nearly getting into the top four of the LPL. The results in 2021 have been disappointing, and the second half of the season looks to be even worse after the team lost several of its finest players. Victory Five is already out of playoff position, but will still try to pick up a few wins before the 2021 LPL Summer regular split ends.