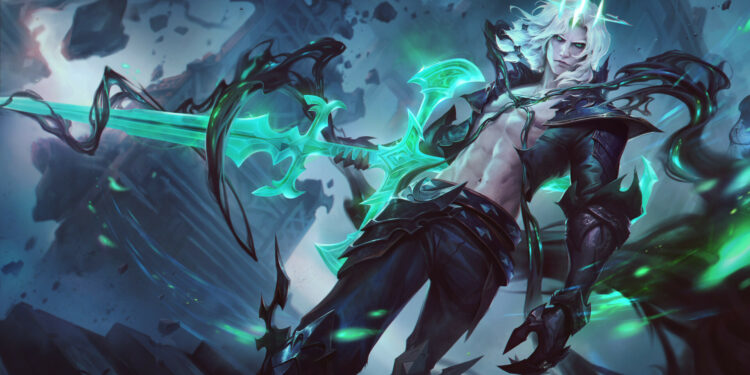 The adjustments for Viego are coming soon.

With Riot planning for the arrival of the Ruined King later in the month, the Devs are working on balancing him out before he enters the Rift. The base armor of Viego and all four of his skills will be modified “this afternoon.”

The champion’s armor is growing from 30 to 34, which can help for clearings and skirmishes in the early jungle. His Q, Blade of the Ruined King, will have its monster healing modification limited to 155 per cent. And the cooldown of Spectral Maw (W) has been raised to eight seconds.

Harrowed Path (E) can receive a number of adjustments, such as the travel speed incentive also scaling off the AP, the Camouflage reveal radius raised to 400, and the re-stealing time jumping to 0.6 seconds. And the Ruined King’s ultimate is becoming slightly tense, reducing the AD bonus damage to three per cent, from five.