Volibear to be a notable Jungler in League patch 11.6 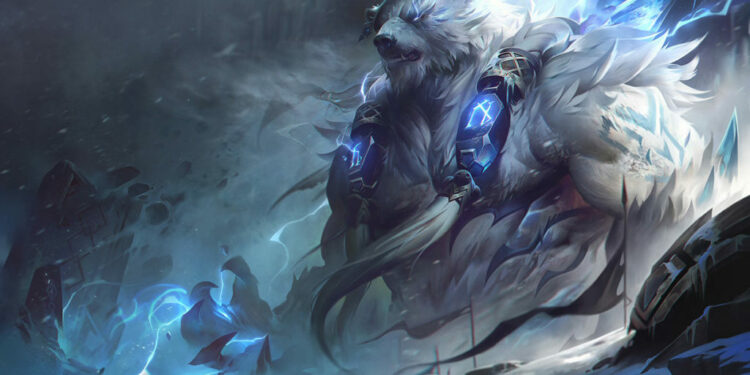 The completed League patch 11.6 has officially announced, and Volibear is likely to come back in Jungle position.

Volibear jungle mains have just welcomed the good news as this champion is going to receive some buffs in the upcoming patch.

According to Riot Scruffy, League gameplay design director, today outlines detailed patch 11.6 including some nerfs and buffs to specific targets. And notably, Volibear will get some promising adjustments to bring him back to the jungle

In particular, Volibear’s (W) will gain heal against wounded monsters from 100 percent increased damage (previously 50%). This offers him a stronger recovery. The damage from (E) has also been increased from 150-750 to 750 at all ranks. Following those buffs, The Thunder’s Roar now can quickly clear large jungle monsters at a very early stage of the game.

In the recent patches, Turbo Chemtank enables many champions to be stable in the current meta, and Volibear is expected to be the same. With the ability to clear the jungle faster, this God of Thunder will be able to intervene more effectively in the early game lanes.

When combining Turbo Chemtank with Predator, along with Volibear’s kit, he will be able to reach enemy carry champions more easily and prove to be very effective in late-game fights. On the other hand, the nerf hammers hit hot jungles like Hecarim, Karthus, and Lillia are open the road for Volibear to regain his position.