Was Swain behind Fiddlesticks’ terrifying murders? 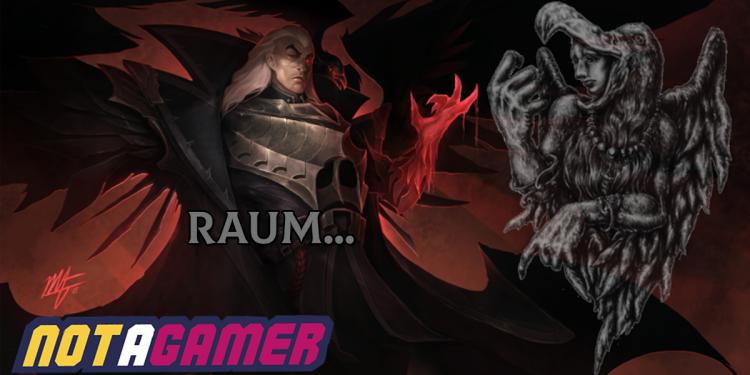 First Look: What was Fiddlesticks doing in Demacia?

As we can see through the title, it can be proved that it is Swain who is behind Fiddlesticks’ cruel massacres and crimes.
In the mysterious Fiddlesticks trailer, there is a theory that Swain – the supreme leader of Noxus is related to Fiddlesticks and is the one who sent this scarecrow to Demacia to carry out his plot in darkness.

To the best of our knowledge, it is just nothing but a hypothesis only. However, it seemed not to be a hypothesis anymore since a video about Fiddlesticks’ special interactions was released on SkinSpotlights channel.

The Hypothesis: Was Swain behind all of this?

As we can see, most of Fiddlesticks’s lines are imitations of the last words or the words of the other champions in order to cause some kind of fear inside their minds. Everything seemed to be normal until he met Swain. He treated Swain more differently than the others. He called the Noxian Grand General with the name “Raum” which was a name that had never appeared in League of Legends with a completely distinguishing tone.

After doing some research, we learn that “Raum” is the name of a demon, he ranked 40th in Solomon’s 72 demons. According to the description, Raum is the Great Earl of Hell, ruling 30 legions of demons. He is depicted as a crow but will transform into human form at the request of the conjurer. He can steal the treasure, even from the kings, and he can carry it anywhere he is assigned.

Raum destroys cities and the pride of men, he knows the past, the present, the future and he can also cause enemies and friends to shake hands with each other. Before getting fallen, he was a member of The Council of Angels called “Thrones”.

With the descriptions such as being able to transform, appear in the form of a crow or a ruler of a huge army, all of these descriptions are similar to Swain, the Noxian Grand General. By calling Swain with that name, it is likely that Fiddlesticks is scared of Swain and must submit to him for a certain purpose.

The only logical plot of Swain right now is to destroy Demacia, where Fiddlesticks appeared in the trailer. Finally, we think that not only was this puppet controlled by Swain, but a true army of demons including Nocturne in Swain’s control might have been lurking in this kingdom for a while too.