Weird bugs that make Akshan stacks up Lethal Tempo with only 2 attacks? 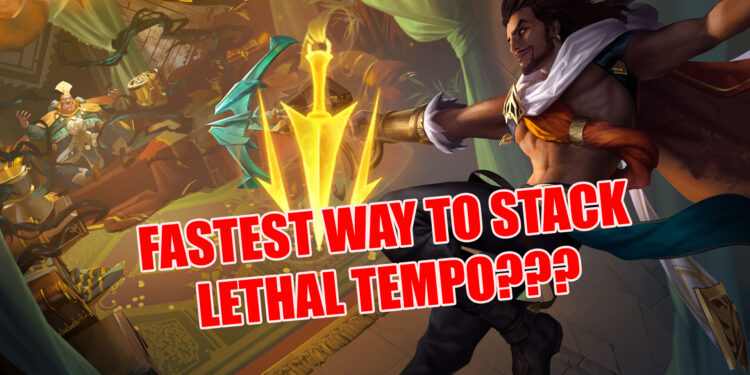 Introduced as a non-traditional marksman champion and suitable for solo lane, Akshan has proved to be a strong champion with a decent win rate in League

And ever since his debut, players would always choose Press The Attack as his primary keystone, thanks to his unique auto-attack, to best suit his playstyle and to accumulate damage in the early and mid-game stages. However, in the last few days, new gameplay has appeared with Akshan going Lethal Tempo, and it seems to be surprisingly strong (because of this weird interaction).

So, how did this keystone become so strong on this champion? According to Youtuber Vandiril, the explanation stemmed from a bug, making him stack Lethal Tempo twice as fast as any other champions.  Specifically, his first shot from his auto-attack still grants 1 stack. However, his second shot grants 2 stacks, making the total time for a full Lethal Tempo stack is only 2 basic attacks.

The difference here is that Akshan’s attack does not inflict more stacks for any other keystones, which also have the same stack mechanic. This only occurs when Akshan uses Lethal Tempo. As a result, he can build up the maximum stack with just 2 attacks to conduct enough combos to fire his basic attacks and passive on the opponent. This is certainly too powerful to aid him in having a high striking speed and range with incredibly simple activation circumstances.

Hopefully, Riot Games can find a method to fix the above bug before it is abused by gamers to rapidly climb the ranks. While waiting for Riot to correct this bug, players should ban Akshan for the time being.