Perhaps no one in the League of Legends design team is controversial as CertainlyT.

What do you know about CertainlyT

Bradford ‘ Certainly T ‘ Wenban is one of the senior game designers at Riot Games and is the one behind many champions in the history of League of Legends. A special feature of the champions Certainly T designed is that they are all special champions, whose gameplay and design are not the same. This shows an extremely large creation of this man.

So why Certainly T is League of Legends’s most controversial character in the history? The reason is that the champions he designed always differ, if not a freak compared to what League of Legends has. Even the champions that were made by him are in a very different direction compared with the original, so whether hated or liked CertainlyT, people always wanted to witness his new creations.

One particular thing in the CertainlyT’s career was that before joining Riot Games, he was not involved in another game. So he might not know or he had known but he didn’t mind things like character design principles or game balance.

One of the first impressions of the CertainlyT was when he released Thresh and then it was Yasuo. Previously Support were only champions who followed ADC to buff and cover, in the presence of Thresh, “carry” with the support was born and people gradually transformed into a more active gameplay. The champion was the real challenge in Mid lane by the time of 2013, which was largely the playground of Mage champions.

The other difference of CertainlyT compared with other game designers is that there is no Social Network, and even we rarely see him to interact with the gamers. He is therefore unaffected by the opinion of the community, both positive and negative, and the creation of CertainlyT is not limited.

So there’s a problem that CertainlyT designed such a major controversial Aphelios in all forums, and the social network that the first adjustments of the champion did not work. Referring to Aphelios, this is the weirdest champion CertainlyT ever designed and it immediately left the shock, from normal to the tournament.

Although you hate or love CertainlyT you have to admit that he is one of the most influential figures to the development history of LoL. From his unique champions to his monstrous level, gamers ‘ skills are truly challenged and they have the opportunity to grow. Try asking if Thresh were not the support class now or if there were no Yasuo and his series of memes, the popularity, LoL developed like this now?

If CertainlyT can restrict his crazy creativity, perhaps he became the most beloved Rioter. 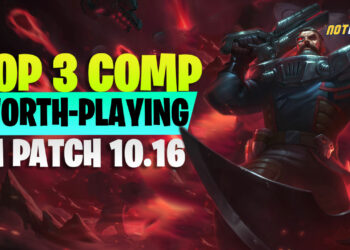