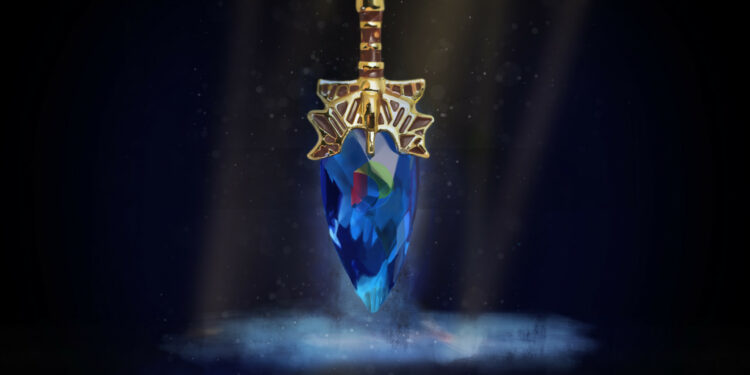 An enthusiastic fan decided to imagine the possibilities for an item like Aghanim’s Scepter in League of Legends.

If you are unfamiliar, Aghanim’s Scepter and Aghanim’s Shard are extremely special items in DOTA 2. These items have the effect of providing additional upgrade effects for skills and even creating new abilities in some cases. These items not only increase pure stats, but they may also create totally new gameplay for specific champions.

The special of Aghanim’s Scepter, Aghanim’s Shard, has made DOTA 2 incredibly fascinating and has piqued the curiosity of LoL players as well. “What if League of Legends champions also enhanced their skills with Aghanim’s Scepter and Aghanim’s Shard?” some have asked. And lately, a Reddit member named u/MarioToast responded to this topic with enthusiasm. His post on r/LeagueOfLegends has recently received over 10.6k upvotes and tons of comments from fans who are also excited about this “What if” scenario.

Here are some of the most noticeable from the lengthy post, the full post can be found here.

Aatrox – Scepter: Deathbringer Stance empowers Aatrox’s next two attacks as well. The second attack has 100 increased range and roots the target for 0.75 seconds, and the third makes Aatrox leap a short distance to his target and deal bonus damage based on their missing health.

Shard: Umbral Dash can hold up to three charges.

Akali – Scepter: After casting Perfect Execution, Akali gains a large amount of Attack Damage and Ability Power until she uses the second cast, or 10 seconds have passed.

Ezreal – Scepter: Mystic Shot is piercing. Only the first hit reduces his cooldowns.

Shard: Essence Flux is applied to all enemies in an area around the initial target.

Fizz – Scepter: If Trickster is not activated by the time Playful ends, the smallest shark from Chum The Waters will emerge from Fizz’s location.

Shard: Fizz gains increased movement speed while moving through units, and every 10 seconds he will dodge the next incoming champion basic attack.

Shard: Each cast of Bladesurge grants a buff that increases the damage of Bladesurge, stacking up to three times.

Thresh – Scepter: The inside of The Box is filled with a dark miasma, damaging enemies over time based on Thresh’s Soul count.

Shard: Dark Passage can be reactivated while the lantern is out, knocking nearby enemies back and damaging them based on Thresh’s Soul count.

Shard: After 0.75 seconds Tristana fires a basic attack at all enemies hit by Buster shot.

Yasuo – Scepter: Every other attack deals increased damage. Half of this damage is dealt as magical damage.

Shard: The clone left behind by Soul Unbound will automatically attack nearby enemies, and has longer attack range than Yone.

Shard: Enemies in the Harrowed Mist are attacked by spectres, damaging over time and gradually slowing them.

Zed – Scepter: When Contempt for the Weak triggers, Zed shields himself for a percentage of his maximum health for 4 seconds.

Shard: Death Mark immediately spawns a Shadow at the target’s current location on cast. This Shadow lasts 6 seconds and cannot be teleported to.

The preceding post by u/MarioToast drew a huge amount of attention from the League of Legends community when it was released. Because these are all fascinating upgrades that potentially unlock new gameplay for champions if Aghanim’s Scepter and Aghanim’s Shard are available in League of Legends. For example, if Yasuo attacks inflict more magical damage, the ability to build AP items will become more possible.

Of course, Riot will not bring Aghanim’s Scepter and Aghanim’s Shard’s skill upgrading mechanics to League of Legends. If executed, this will be a massive endeavor with several dangers that might result in “equilibrium disasters.” No one knows what “crazy” update Riot workers will make to League of Legends if this game includes the aforementioned two things. So those really amazing enhancements are limited to the level of community suggestions.