What we expected to see in League of Legends MMO 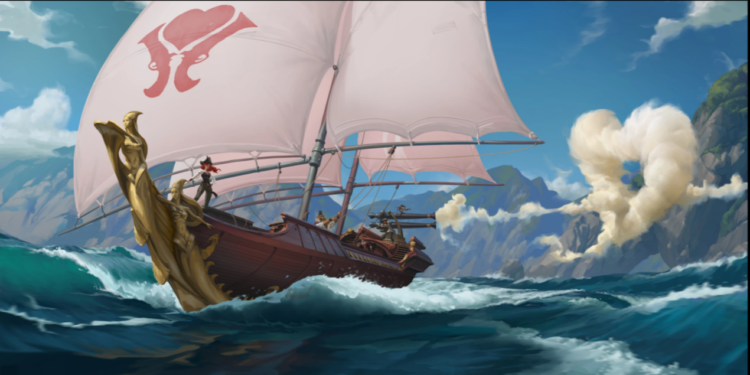 Fans have already set their expectations for the League of Legends recently announced MMO game.

As we announced earlier, the MMO project based on League of Legends Universe has been teased by Greg Street, Riot Game’s VP and IP of Entertainment. You can read more about the article here.

While the project is still taking its very first steps, fans who have been waiting for so long for a League of Legends MMO to become real have already set some expectations for the title. And here are 9 features that were expected the most.

7) Visit champions in the game

As a Runeterra-themed MMO, the opportunity to discover the League’s huge roster scattered across the world and connect with the field should be a must. While some champions would be more hostile than others, it would be a joy for many viewers to be able to see the champions living up to their lore or mythology on how they live in Runeterra.

No matter how often we find them in their personal stories, it would be nice to visit Heimerdinger at his university or just hang out with Karma.

6) Crossovers or Easter Eggs of other Riot’s Games

As Riot has been bringing the universe of League of Legends into several titles, there is a great deal of opportunity for cross-promotion. Although Teamfight Tactics and Legends of Runeterra are mainly League related, VALORANT agents or their devices could also pop up sporadically. In addition, other skin lines within the League universe will lead to interesting possibilities, such as a seasonal musical concert featuring K/DA, Pentakill, or True Damage.

One of the main components of MMOs is the chance to win over other players for those who love the competition. Because each player will have a different sense of what they want from the Player vs Player (PvP) content, the key will be to be able to fulfill a wide variety of different avenues of PvP action.

A large number of players are enjoying one-on-one duels. Another group of players may like two-on-two or three-on-three multiplayer compared to the World of Warcraft Arena, while others may choose big 40-on-40 or world-based PvP. Since Street was a crucial figure in PvP juggling for Blizzard, the potential of Riot’s potential MMO is in good hands with respect to the player-to-player side of things.

The other side of the PvP coin on the MMOs is how enjoyable the Player vs-Environment (PvE) gameplay can be.

Similar to PvP, there are several paths that PvE will follow to fulfill the needs of the player base. The foundation of PvE is smaller installed dungeons that need no more than five players, but larger-scale raids are also a major part of the endgame content. Typically set in groups of eight or more for other games in the genre, the option to battle larger-scale opponents with mates or random pick-up groups keeps the game engaged.

Being able to keep all content approaches as valid choices for players would make fans feel like they can experience the Runeterra world without going one direction or the other.

Though following the grand story and the epic main quests is the bare basics of the MMO, there is a basic simplicity about being able to begin a game, wander the world, and do basically nothing—even if your actions do nothing to improve your overall success. From navigating the frozen waste of Freljord to finding the perfect catch or exploring the various Targon mountain paths and collecting jewels, being able to discover an open universe will keep the game new and thrilling.

To do this, it would be a gargantuan challenge for Riot to make the world feel trustworthy. As the League has several plot points that could be jumped into, finding a decent starting point to lead off the MMO and building from there would be a crucial factor to find out where to go with the game.

The opportunity to experience with your friends and make some friends online is one of the key attractions of the MMORPG. If Riot likes to keep the game interesting, being able to spread the hype with old and younger mates can serve to bring consistency to anyone’s experience.

Although MMOs are often more fun with others, some players may choose to stick to themselves. Being willing to strike the best balance for players to do business with friends and not to be disadvantaged if they want to experience the game on their own is an imperative fine line to be sought.

1) Awesome stories to progress through

One of the drawbacks of the League as a MOBA is that developing stories that sound like they matter is a daunting challenge due to the stagnant nature of the genre. Outside of such amazing incidents as Gangplank’s dying due to his rework or Akali’s aged tale as she was reworked, it’s not always the stories have weight. Thanks to the advancement of the MMOs, it’s plausible to see such champions having plot lines that will drive themselves and the world around them forward.

Although the untitled MMO is potentially years away from even procreating a playable closed alpha, it will be crucial for Riot not to lose sight of the final target. In recent years, as long-awaited projects falter upon completion, making sure that staff and producers do not clash constantly to hurry out a product will help the game achieve a degree of success and polish that will help it not fail once it comes out.

In comparison, a ton will happen inside the community-assumed to be eight years old before the MMO can finally be published. Riot’s untitled Project L combat game and Ruined King are also on the horizon for near-releases, new hardware will come out, and the League world will also change. It would be a beautiful and challenging balance to achieve by being able to change and change standards for the times.