Which champions will become useless if one skill is removed? 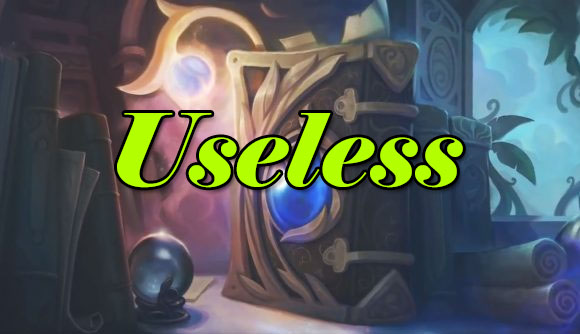 Yasuo is one of the champions who rely on his Q to create whirlwind to deal damage to the opponent. Even though it looks simple, if he loses this skill, Yasuo can only basic attack and wait for his teammates. Moreover, losing Q also makes Yasuo unable to use E + Q.

Q is one of the important skills that she can deal damage to multiple targets as well as the use R- Command: SHOCKWAVE.

If there is no Q, Orianna will almost instantly turn into buff support immediately. In order to use the Command: SHOCKWAVE multiple targets, this girl will have to attach a Ball to herself and Flash to open combat.

Singed has long been a champion that only deals damage from basic attacks and his Q – Poison Trail. Losing Q will make him a champion with no damage, even more, useless than Yuumi. This is a very rare case for current champions and if he loses this ability he will immediately turn into support.

A mid lane mage is very similar to Oriana who uses this skill very often as the main tool to deal with damage and push lanes. Her Q skill has a great interaction with other skills, so removing this ability will immediately weaken Syndra.

Syndra with the only E – Scatter the Weak can only help push the enemy a bit. W – Force of Will now has to take on the role of clearing the minions of Q – Dark Sphere but extremely ineffective because of the long cooldown time. Not only that, a mid lane Syndra with R – Unleashed Power will now only throw 3 maximum bombards, causing Syndra to lose a lot of magic damage.

Basically, Irelia will not be too useless when losing Q – Bladesurge, but taking away her main weapon is like you killed Irelia without having to nerf the power.

Irelia losing Q will almost transform into a champion on magic damage to align R and stun E with the enemy.

Basically, Aatrox in the past can miss Q easily, but since he was remade at the beginning of season 8, he only has Q to deal damage most effectively.

The ability to slash 3 times, along with different shapes, is something that players need to master and if anyone wants to play this champion. They must master Q and E before they intend to touch Aatrox. Having said that, Q E of AAtrox is extremely important and if losing Q, almost AAtrox will not do much damage no matter how much R is turned on.

Riven is one of the champions who rely heavily on Q to deal damage. Although luckier than Atrox is a characteristic that her R as well as her W, both deal a fair amount of damage, effects, and activate her passive. Besides, having an extra layer of shield from E also helps her to survive better than Aatrox when losing Q a lot.

But if she loses Q, she will not be able to easily approach, cornering opponents with skill sets without Q.

Zoe relies solely on Q for damage, but with a Sleepy Trouble Bubble and a Q max range, you will have to look at the screen in vain.

Riot had to nerf Zoe up to 6 patches and no sign of buff back. It was because of her skill set that she was asked to be removed from the game by the player.

Vladimir without Q will become too weak for the first 5 levels. Being a Crimson Reaper, Vladimir and Mundo along with Zac are the rare champions still using Health to use skill.

However, Vladimir was a rather fragile mage champion in the early game and didn’t have a high healing rate. However, if you have to use W or E in 2 uses, Vladimir will become a useless champion and must hide in the turret and wait until there are enough items or ultimate.

If we take away W – You and Me, Yuumi will be like a useless cat. The amount of Health is almost the lowest in the game and does not have a skill to escape, which is the weakness that makes her support and cannot be clear to any other area. Just like what Pyke or some other support did.

It is not too difficult to understand when the W – Arise skill is one of the skills considered to be the most important skill of the Emperor of the Sands. Losing the Sand Soldiers, almost Azir will lose the remaining 2 skills and only use the R to knocking enemies back.

Not relying too much on the skill set, this is the only champion that deals primarily damage thanks to his passive. If you take Sol’s passive, you will only be able to use 3 skills and almost no different from a champion who likes to roam