Why Nilah – Taric is currently the best bot lane duo 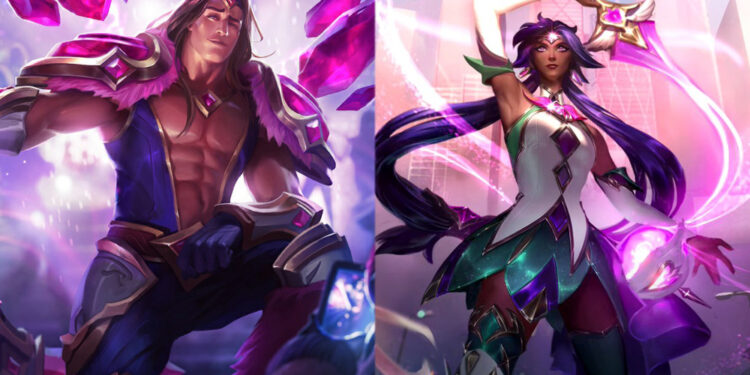 Bot lane duos rely on synergy and being seen in the meta. Taric and Nilah now hold both and are the safest bot lane picks

With patch 12.14 nerfing enchanter supports and a recent buff to Taric, he is now one of the strongest supports in this meta.

Furthermore, he is a support champion that works best with melee champions, as opposed to the typical design of supports who perform around marksmen. And Nilah is the perfect champion to work best with, even pro player Doublelift agreed with this.

Why is this duo so strong in the current meta?

Furthermore, Nilah’s E is a dash that allows her to dash past champions, allowing Taric to land his E on several targets with ease. This works wonderfully because her E has a double charge that can be utilized to either disengage or readjust if they manage to dodge the first dash.

And the last synergy is Taric Ultimate. Nilah benefits from extended team fights, which Taric’s ultimate help. His R grants him and his close allies’ invulnerability for a few seconds, eventually assisting the ADC to wipe out the entire enemy team.

In essence, it appears that these two champions are replacements for Samira and Rell. The synergy was created from the ground up, whereas the first failed despite Riot’s deliberate attempt at synergy, these two are a big success by coincidence.