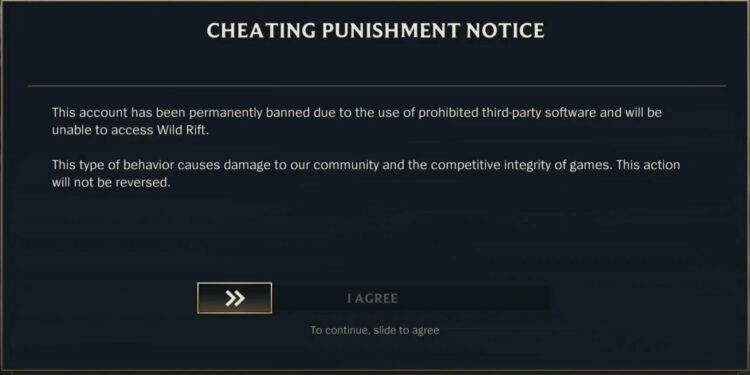 Players should rethink your decision for playing Wild Rift on PC.

Riot Games has issued a ban on users using third-party software, including emulators (on PC).

The regions that currently launch the Open Beta test can play Wild Rift emulator on the PC. In addition, “Master Yi God,” Joseph Osceola “Cowsep” Hursey has experienced it. And needless to ask, he was banned to play Wild Rift and was unable to access his League (PC) account.

Though it did not believe the simulator is the reason he was banned, however, it is somewhat close to using software from a third-party on the PC version. Instead of clicking virtual keys on the mobile pad, players can play the game more effectively and easily by using the mouse and keyboard.

Simulators seem to be used as an alternative for mobile MOBA players if they do not want or do not have the proper smartphone. Since the game is in beta and the number of players is not large enough, Riot cannot separate the system to find separate matches for mobile and emulators.

On the other hand, Riot is attempting to ban VPN players since the number of connections forced multiple servers to crash. However, gamers can still play normally as they only need to fake IP on the first time log-in. You can also purchase things like skins, chromas, champions, and so on ingame. Moreover, the game is planned to be launched on a console, apart from mobile platforms, but Riot has not published detailed plans yet.