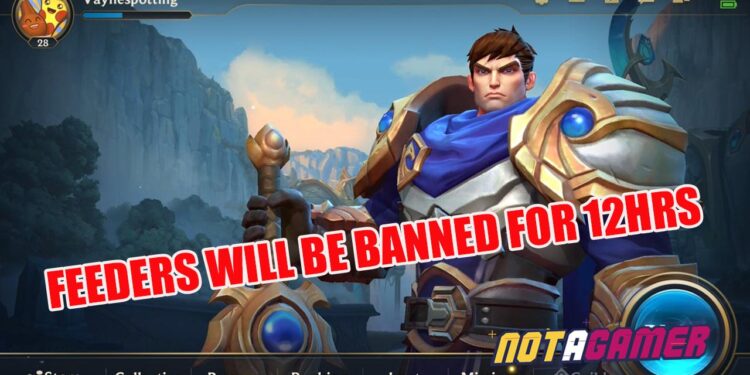 It seems that LoL: Wild Rift will severely punish players with bad behaviors.

LoL: Wild Rift is launching its Regional Closed Beta on both Android and IOS, taking place in 5 Asian countries, such as Malaysia, Singapore, Philippines, Indonesia and Taiwan and we still have no idea when it will be officially published.

In this new Closed Beta, players already have figured out more particularly about its graphic, interface as well as gameplay and obviously, it is gradually completing itself so as to become the ultimate mobile version of LoL. Moreover, this Closed Beta has a lot of changes which did not appear in the last Alpha Test.

One of those is the way that Riot Games punish players behaving badly in the game. Players who are testing this game also said that Riot Games imposed major punishments on trollers, feeders, AFK,… Specifically, both intentional and unintentional feeders reported will immediately be banned for 12 hours.

About AFK, even if they are not reported by their teammates or opponents, will also be banned for 12 hours. So, the system will automatically detect bad behaviors as well as impose punishments on them. In addition, the more you violate the rules, the more serious the punishments will become. It can be seen that this is an appropriate solution of Riot Games to bad behaviors in order to keep LoL: Wild Rift clean, fair and balance.