Wild Rift has inadvertently been confirmed to release this year 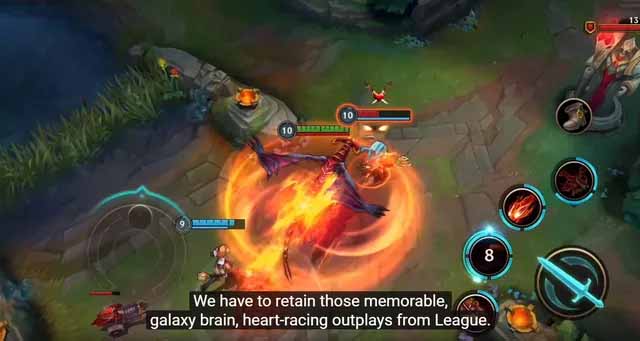 Based on the roadmap that users posted in the previous time, it is likely that League of Legends: Wild Rift will be launched at the end of this year.

Previously, the Riot Games developer representative himself confirmed that from now until the end of the year there will be more information about League of Legends: Wild Rift. However, this person did not say that this game would not be possibly debuted this year. Therefore, although the possibility is very low, there is still an opportunity for League of Legends: Wild Rift was released in the last days of 2020.

On March 31, there was a roadmap of the Riot Games game posted by users on Twitter. Among them can be seen a series of outstanding projects known to players such as Teamfight Tactics Mobile, Legends of Runeterra and Valorant shooter, League of Legends: Wild Rift was noted late in 2020. At that point, everyone thought that this was just a joke.

But until now, when Valorant debuted as a Closed Beta, Legends of Runeterra has also set a worldwide release date on April 30 (except for China), before that, the Teamfight Tactics Mobile also has been launched in many countries and regions around the world.

At this time, many startled people find that this self-posted roadmap has correctly predicted 99% of the time of these products.

Is this a coincidence or is it the route of Riot Games that was accidentally or intentionally exposed? Therefore, information “may be at the end of 2020” according to this roadmap is still possible, League of Legends: Wild Rift will release this year, although this rate is very small.

With a series of objective and subjective factors such as the global Covid-19 pandemic or the developer itself is still not really confident in this game, making League of Legends: Wild Rift still late for players. But still, we can count on a little hope to get our hands on the game by the end of the year.