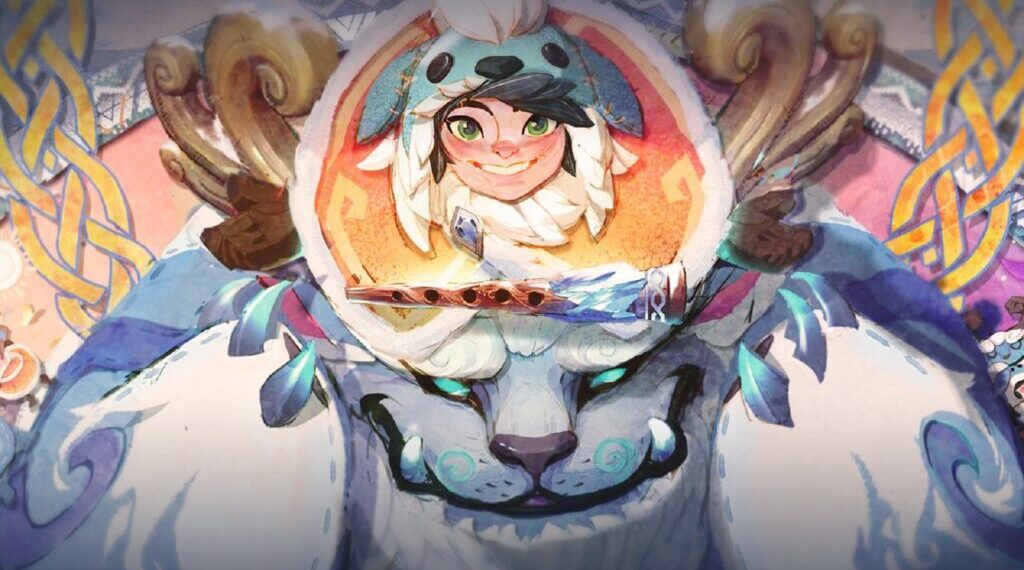 Wild Rift is making more efforts in bringing champions from the League of Legends universe to the mobile version of the game. Over the past few weeks, Riot Games has continuously “teased” information about new champions to be released such as Irelia, Riven in the Ionia event, Lucian and Senna in the Shadow Isles event, and most recently Jayce from Piltover.

Moreover, Skinspotlight’s Twitter account revealed that Nunu & Willump will be available at League of Legends: Wild Rift in the near future when the image is believed to be the event background image of this champion is leaked.

It is known that, depending on each event, Riot Games will design splash arts related to that event. In the recent update of the test server system in China, Skinspotlight has discovered a series of splash arts of new champions in the upcoming events. In addition to information about champions, new emotes have also been discovered.

In addition to Nunu, Karma was also detected in the Chinese server system. According to the data that Skinspotlight collected, Karma will have an emote. This is quite reasonable for Karma to be the next champion to present in League of Legends: Wild Rift. It is known that Riot Games has already planned to make Ionia the main region in the next update.

In addition, the strange green chain icon is being questioned by the community. The Chain is an iconic icon in a group of 4 weapon icons discovered by Skinspotlight including Riven’s broken sword, Irelia’s 2 curved swords, the green chain, and 1 symbol of Shurima that no one has figured out yet. Which champion does it belong to?

The Reddit community thinks that the green chain icon is Sylas’ weapon. Many people also think that it could be Thresh’s chain, this champion is related to Lucian and Senna, so it makes sense to debut with this couple.

In addition, the Shurima icon can also be a hint about the exclusive champion in Wild Rift that has been mentioned a lot recently. Many people have guessed that the new champion’s name could be “Akshan” and this will be a champion holding the position of ADC in League of Legends: Wild Rift.

Besides, Skinspotlight’s Twitter account continues to reveal the Victorious Skin of Season 3 – Lulu. Previously, the Victorious Season 2 skin was confirmed to belong to Jinx in early April.