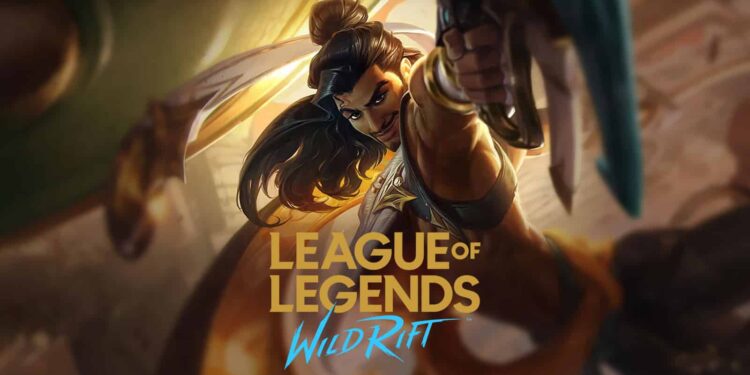 In patch 2.4, along with the new season, there are new items and new champions will be brought into Wild Rift.

Akshan recently joined the League of Legends roster, and now he’s pirouetting his way into Wild Rift as well.

Designed as a marksman, he fits the mid-lane role perfectly with a good amount of damage, stealth, a grappling hook to close the distance on opponents, and the ability to earn bonus gold and shorten an ally’s respawn timer.

Is Riot shifting Wild Rift items to League of Legends?

A powerful mage in League of Legends will arrive Wild Rift shortly, he is Brand, who will scorch all over the mobile version.

With huge AoE damage and a crowd control skill, he can create extreme chaos in every combat, especially when the map is smaller than in LoL.

The iconic jungling duo, Nunu & Willump, will also be snow-balling their way into Wild Rift. Players with an affinity for tanky champions will love seeing them added to the game’s ever-growing roster.

This a brand new item in patch 2.4, designed for critical maskman. Abilities will charge one stack of temporary critical chance (up to 50%) and each attack will consume one stack.

The Crystalline Reflector is a simple but effective item. Not only does it mitigates physical damage, but it also reflects that damage back onto enemies. Described as Thornmail for Mage, it provide both AP and a huge armor stat.

Mage now can be much more tanker when facing Yasuo or Zed on the Mid Lane.

League of Legends players will already be familiar with the Essence Reaver. But for those who aren’t aware, it has two effects: it increases the damage of your abilities and restores a portion of mana each time you attack.

The developers also confirmed that the patch would introduce some changes to how the ranked system works. Particularly, the promotion series will be removed, and ranked games will now have three bans per team.

Additionally, players will need to own six extra champions to play ranked, and a free-to-play champion rotation has been added.

Moreover, if player reach above Gold on the Rank Ladder in season 3, they will recieve a new skin of Lulu, called Glorious Lulu.