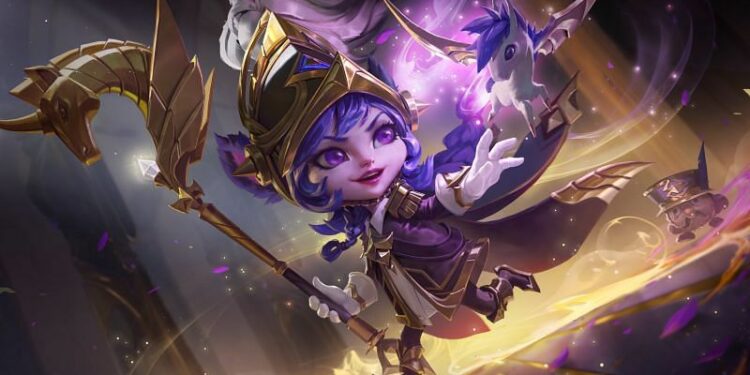 2021 is an extraordinary year for fans of this exciting MOBA game on mobile phones when Wild Rift officially opens ranked mode and organizes its own tournaments. Now, with Season 3 of the mobile version of League of Legends coming soon, fans are extremely excited.

To unlock the Glorious Lulu skin in Wild Rift, gamers must win a minimum of 10 ranked matches and must achieve Gold rank after those 10 matches. After completing the mission, the player can receive the exclusive skin of the Season 3 rank and free unlock Lulu for those who did not own the champion.

Along with the “Glorious” skin, players will also receive an accompanying ranking icon, which will be based on their achievements in the new season. The reward for ranked matches will be based on the highest rank, not the current rank so you won’t need to worry about being downgraded when you reach Gold rank.

To be able to receive the Glorious Lulu skin in Wild Rift, players will have to reach Gold rank after competing in 10 ranked matches. For some of you, this can be a dilemma.

This new exclusive skin will feature purple as the main color along with striking gold accessories. Lulu will have a special wizard’s hat, the usual wand will be replaced by a golden wand shaped like a unicorn’s head. Pix – the spirit that accompanies Lulu will also take on a new form of a flying white horse.

Is Riot shifting Wild Rift items to League of Legends?

Lulu will be the third champion to appear in the “Glorious” skin line after Tryndamere and Jinx. Therefore, fans can guess that Wild Rift is trying to build another skin line beyond the existing Stargazer line.

Although Riot Games has not officially announced when Season 3 Wild Rift will officially end, however, we can guess that it will be finished after the next 3 months, ie in October. So the Let’s try to climb to the highest rank!