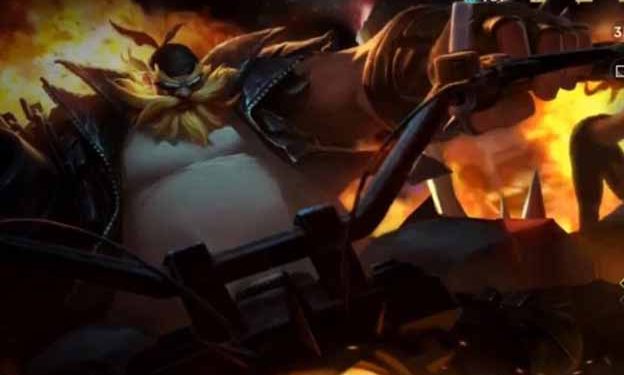 League of Legends: Wild Rift did too well in the introduction of the ingame skin, and people were again asking when Riot would put it on the PC version.

Up to now, League of Legends: Wild Rift has been opened for limited testing in a number of countries and regions. Especially the streamer of the Brazilian region seems to be very active in sending the first images and experiences of League of Legends: Wild Rift to gamers. They not only play games normally but also show gamers each skin, animation of the champions when they appear on the Mobile platform.

Ignoring in-depth concepts such as gameplay, skill, or game mechanics analysis, what makes us most impressed with League of Legends: Wild Rift is how they care for extremely meticulous skins.

As simple as watching a skin, you will see a short video introducing the skin, after the video ends, when zooming close to the skin, you can even see the actions of the characters in New skins.

Moreover, the wallpaper of any skin regardless of whether it is Legendary or Normal is animated wallpaper.

Meanwhile in the PC version, when we see a certain skin, regardless of ownership or not, only see the wallpaper only, you want to know about the character’s actions in that skin, it takes time. to test skin in-game or on Youtube to watch. Meanwhile, in League of Legends: Wild Rift, everything is in the game.

Because of this feature is so superior to the original that many League of Legends players has to be jealous of this new generation of Riot Games.

Other things about the game are unknown, but the way Riot Games introduces and cares about League of Legends: Wild Rift skin is much better than the original LoL.

Even an ordinary skin like the Sorceress Lux also has a live wallpaper, a decent introductory video, the League of Legends gamers have a reason to be jealous of.