Wild Rift may have a touch-screen control style like Vainglory! 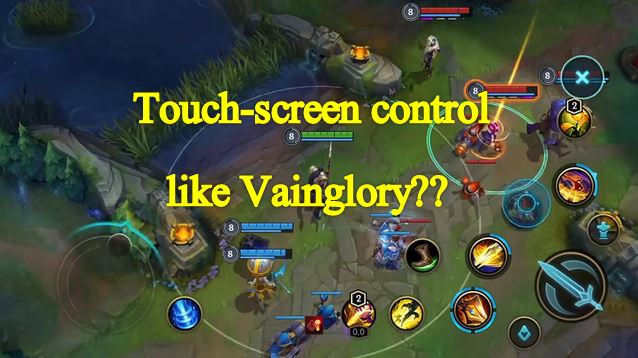 Wild Rift may have a touch-screen control style like Vainglory in the near future!

League of Legend: Wild Rift finally released Alpha Test on June 6th. The beta version is just for few lucky random players in Brazil and Philippines. In the moment Wild Rift has been introduced, many gamers believed that the game will have “hardcore” features that another MOBA games don’t. It could lead Wild Rift to go the way of AOG, Heroes Arena or Vainglory.

However, the testing period somewhat answers for League of Legends fans’ curiousness about that. The average length of a game has been introduced by testers by experience video. Mass of exhibition matches between KOL AOV Mobile, Mobile Legends in the Philippines has proved that League Of Legends: Wild Rift is completely … “WILD”!

Moreover, a fan (Twitter) has recently had a question if Wild Rift will have touch-screen control mode like Vainglory. Brain “FeralPony” Feeney, Design Monitor of Wild Rift, said that Riots hasn’t had intention to add this touch-screen feature into the game. However, FeralPony said that if the demand is high enough, Riots will consider carefully to add it into the newest game of them.

FeralPony told that adding this control style will be “a big heap of work” that influence to all the “important feature” that the game publisher is supplementing, fixing and optimizing. While they announce to lock out players with fake IP, Riots still keep the released day in secret. Before that, they have planned to publish the game before the year 2021.

Vainglory is the first mobile MOBA game using touch-screen control style, published in 2014. By this style, players can move the champion and attack the enemies by touching the screen. This mechanism is similar to the way PC players using a mouse to navigate, attack, and use skills. It makes Vainglory famous and different from other games in the same genre.