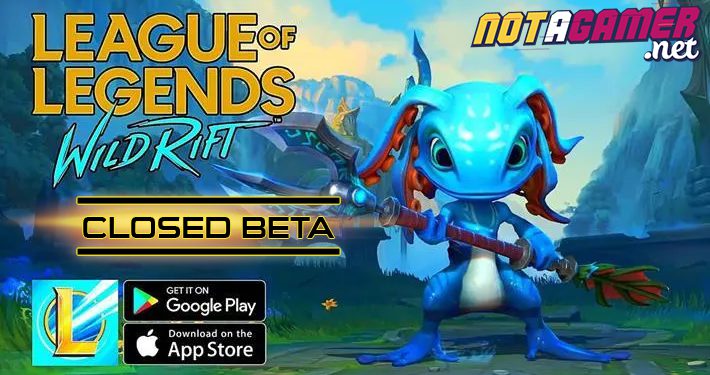 Recently, there has been a rumor: Wild Rift will be Closed Beta on both Android and iOS platforms in July.

Wild Rift will be Closed Beta

Wild Rift has just finished Alpha Test in Brazilian and Philippines in the end of June. Almost after that, the development representative of Riot Games had new announcements on gamers who were expecting Wild Rift with an announcement of the next launch time of the MOBA Game:

“To set expectations, we will have a bit of downtime before we’re ready for more Wildrift testing, but it won’t be as long as the…8 months between announce and now lol”.

It’s likely that upcoming time, gamers all over the world will have another view to this game. But it’s only the property.

Recently, gamers, as well as a section of players in many areas in the world, are all talking about the rumor that Wild Rift will be released in the form of Closed Beta right in next July.

Even, this MOBA’s release roadmap is clear and specific in detail about the start date and when it ends.

According to the rumor that the gamer has talked about lately, on the upcoming 18/7 day, Wild Rift will be Closed Beta on both Android and iOS. Interestingly, many players trust this rumor.

Riot Games always has theirs own way of making gamers around the world surprised, but there is no evidence that Wild Rift will be Closed Beta in July.

Because currently Riot Games have not yet made any confirmation or notice of the date of release in any form.

So, this is absolutely a rumor, though it might be “leak” from the Riot Games team, but you shouldn’t be too hopeful and just see it as a source of rumors.

Before, Riot announced the release of the Wild Rift which consisted of four launches, including the last Alpha Test.

Specifically, after the limited Alpha Test process lasts more than two weeks, the Wild Rift will begin to Closed Beta, Open Beta and finally the official opening phase, after the Riot completely fixes the errors that could arise after the previous attempts.

At the moment, we need to wait for more information from Riot. Who knows, in July there will be a huge surprise?